Eguavoen steps down as Super Eagles coach after AFCON loss 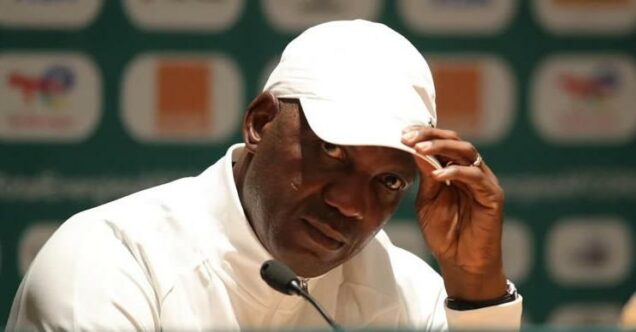 Augustine Eguavoen has stepped down as the interim coach of the Nigeria national team after crashing out of in the 2021 Africa Cup of Nations round of 16 clash on Sunday.

Eguavoen had led the three-time champions to three straight wins against Egypt, Sudan and Guinea-Bissau.

However, they fell short against a Covid-stricken Tunisian team in the knockout stages.

“What happens next is that I’m the interim coach and Technical Director of the Nigeria Football Federation (NFF).

“I will go back to my position and allow the NFF (to) make a decision on the way forward,” Eguavoen told journalists after the match.

Eguavoen stepped in after Gernot Rohr was sacked last month. However, the NFF announced Jose Peseiro as the new permanent coach before the AFCON kicked off.