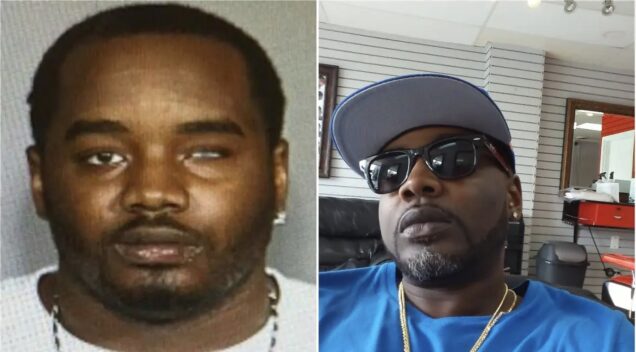 McNeil killed one officer Jason Rivera and wounded the other, before a third cop shot him.

He had been in critical condition, since then. He died Monday afternoon at Harlem Hospital.

The career criminal was shot in the head and right arm by Officer Sumit Sulan moments after he ambushed two officers who were responding to a 911 call from McNeil’s mother who was pleading for help at her Harlem apartment.

Newlywed cop Jason Rivera, 22, was shot and killed, and Wilbert Mora, 27, was critically injured in the ambush.

NYPD call logs painted a harrowing picture of the final moments of the rookie cop was shot dead while responding to a domestic violence callout in Harlem that night.

When Rivera, Mora and the third officer arrived at the McNeil house, the mother was in a front room with another son. She said that her threatening son was in the back room, and so Rivera and Mora approached the room along a narrow 30-foot hallway.

The third officer remained with the mother and her other son.

When Rivera and Mora got close, McNeil opened fire with a Glock 45 equipped with a high capacity 40 round magazine, shooting both officers.

He made a dash for the door, but was shot by the third officer in the right arm and head.

According to police, McNeil, 47, had one prior arrest in New York City for a felony conviction of narcotics from 2003 and is on probation for it.

He had four cases of arrests outside New York City. One was in South Carolina in 1998 for unlawful possession of a weapon.

One was a 2002 assault on a police officer in Pennsylvania.

One was a felony drug arrest and misdemeanour narcotics arrest in 2003 in Pennsylvania.

Police recovered a Glock .45 with a high-capacity magazine that holds up to 40 additional rounds. They say the firearm was stolen in Baltimore in 2017, and they are still working to trace it.

They called it a “brutal, senseless, ambush of two of our officers.”