Gunman shot dead, many injured at German university in Heidelberg 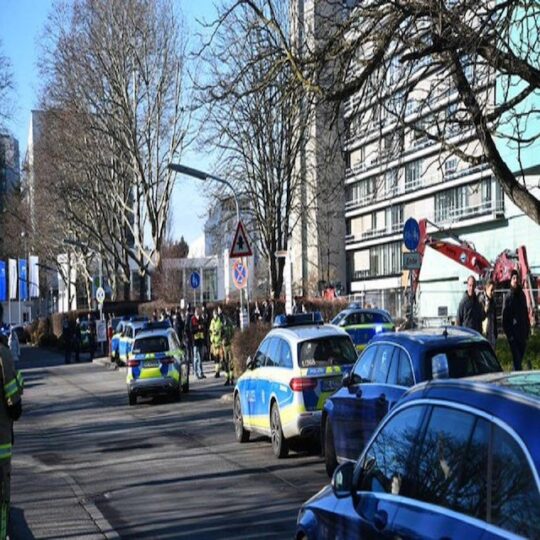 German Police at the university near Heidelberg

One person died and multiple others were injured after a lone wolf gunman opened fire in a lecture hall in a university in Heidelberg, Germany.

The gunman was the only fatal case, as he was shot dead by the police.

Police and rescue workers rushed to the scene where an area has been cordoned off.

“Police and rescue workers with strong forces on site.

“We will keep you updated as soon as more details are known.”

An updated statement said: “A single perpetrator injured several people in a lecture hall with a long gun.

“The perpetrator himself is dead.

“Colleagues are still on site with strong forces – we will provide further information here.”