NATO prepares for war against Russia in Ukraine 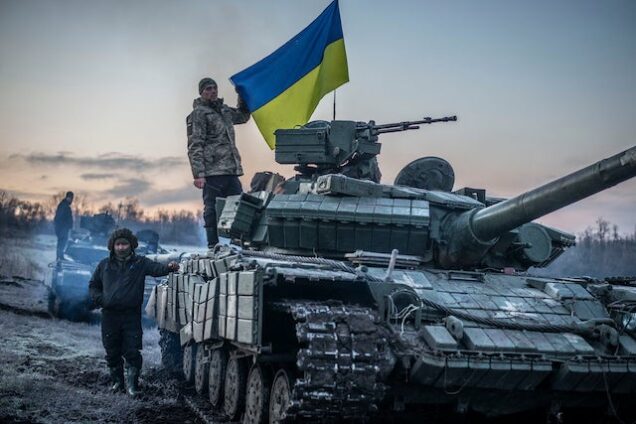 NATO said on Monday it was putting forces on standby and reinforcing eastern Europe with more ships and fighter jets, in what Russia denounced as an escalation of tensions over Ukraine.

The move added to a flurry of signals that the West is bracing for an aggressive Russian move against Ukraine.

The Kremlin, in response, accused the West of “hysteria”.

“NATO will continue to take all necessary measures to protect and defend all allies, including by reinforcing the eastern part of the alliance,” NATO Secretary-General Jens Stoltenberg said in a statement.

Britain said it was withdrawing some staff and dependants from its embassy in Ukraine in response to “a growing threat from Russia”, a day after the United States said it was ordering diplomats’ family members to leave.

Prime Minister Boris Johnson sounded bellicose when he warned Russia that invading Ukraine would be “disastrous” and a “painful, violent and bloody business”.

Speaking as the Foreign Office pulled some embassy staff out of Ukraine, the PM said the situation is “pretty gloomy” but war was not inevitable.

He said the UK was “leading on creating a package of economic sanctions” against Russia.

Defensive weaponry is being supplied to Ukraine, Mr Johnson said.

He added that the UK stood “four-square with the people of Ukraine”.

“Military action by Russia could come at any time,” the U.S. Embassy said in a statement.

Officials “will not be in a position to evacuate American citizens in such a contingency, so U.S. citizens currently present in Ukraine should plan accordingly,” it added.

U.S. diplomats at the embassy in Kyiv were being allowed to leave voluntarily.

Shares across the world fell as the risk of conflict quashed demand for riskier assets, and tension over Ukraine was among factors that pushed up oil prices. read more

Russia denies planning to invade Ukraine but has used its build-up of an estimated 100,000 troops near the border to force the West to negotiate over a range of demands to redraw the security map of Europe.

It wants NATO to scrap a promise to let Ukraine join one day and to pull back troops and weapons from former Communist countries in eastern Europe that joined it after the Cold War.

Washington says those demands are non-starters but it is ready to discuss other ideas on arms control, missile deployments and confidence-building measures.

The United States and the European Union, wary of Russia’s intentions since it seized Crimea and backed separatists fighting government forces in eastern Ukraine in 2014, have warned Russia not to invade.

Denmark said the EU was ready to impose “never-seen-before” economic sanctions and EU foreign ministers meeting in Brussels said they would send a unified warning to Moscow. read more

The rouble hit a 14-month low against the dollar, while Russian stocks tumbled. The dollar-denominated RTS share index was down 8.9%, and the rouble-based MOEX down 6.8%.

Russia is awaiting a written response to its demands this week after talks last Friday – the fourth round this month – produced no breakthrough.

Having engineered the crisis by surrounding Ukraine with Russian forces from the north, east and south, Moscow is now citing the Western response as evidence that it is under threat from NATO and Ukraine.

“As for specific actions, we see statements by the North Atlantic Alliance about reinforcement, pulling forces and resources to the eastern flank. All this leads to the fact that tensions are growing,” Kremlin spokesman Dmitry Peskov said.

He said the West was showing “hysteria” and putting out information “laced with lies”.