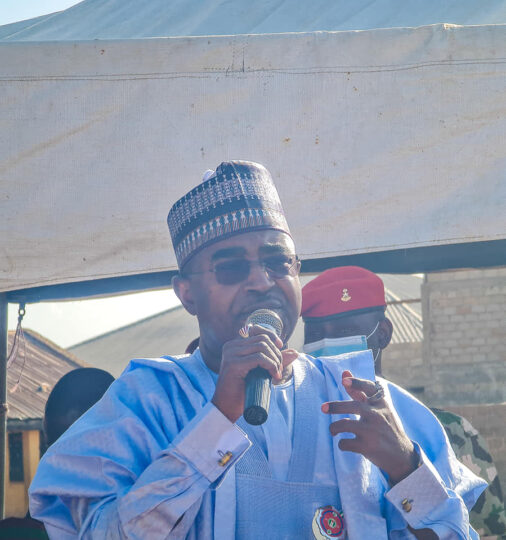 These drug cartels are behind the production and distribution of methamphetamine, popularly called Mkpuru Mmiri, being abused by youths.

He stated this on Monday while answering questions from journalists at a press briefing at the agency’s national headquarters in Abuja.

To mark his first anniversary as NDLEA Chairman, he challenged communities across Nigeria to take ownership of the war against drug abuse as those in South-East states are doing by standing up to those engaging in abuse and trafficking of illicit drugs.

“If you look at the preponderance of the dealers in drugs, I’m not saying anything new but the South East has the predominance and that’s a fact.

“Clearly, in the same South East, they are doing two things; first, they are telling their fellow travellers who are not decent, that look you are the very few who are spoiling our names here. Stop it!

“And more importantly, they are ridding their communities of drug abuse, they have taken the ownership of the war themselves against drug abuse especially the Mkpuru-Mmiri. By the way, we have set up a special task force to face that challenge and very soon you would hear and see the results of our efforts.

“What I am saying is that I am now taking the South East as an example, for all the other communities in Nigeria. This war has to start from the bottom, from the communities; set up your War Against Drug Abuse, WADA, Committees.

“In every community, you are the ones who know those patent medicine stores that sell drugs, the mai shayi, those at the corner ends of the streets who sell and hawk drugs, you know the traffickers and you know those who use them.

“However, the NDLEA does not and will not support the flogging of the culprits and some of the other human rights abuses. We will be there to support with counselling and treatments.

“And I urge the entire country to take an example of the ownership of the war against drug abuse from the South East.

He attributed the successes recorded in the drug war in the past year to God, support of President Muhammadu Buhari, National Assembly, Minister of Justice and other stakeholders including international partners such as UNODC, EU, and foreign governments as well as local CSOs and NGOs.

So far, 12,306 suspects have been arrested, including seven drug barons; conviction of 1, 400 offenders; seizure of over 3.4 million kilograms of assorted drugs; drugs and cash worth over N130 billion and the counselling and rehabilitation of 7, 761 drug users as some of the achievements recorded in 2021 in the area of operation.

While promising to build on the foundation laid in 2021, Gen. Marwa said the agency under his leadership now has a clear roadmap to the future.