War looms in Ukraine as U.S. puts 8,500 troops on standby 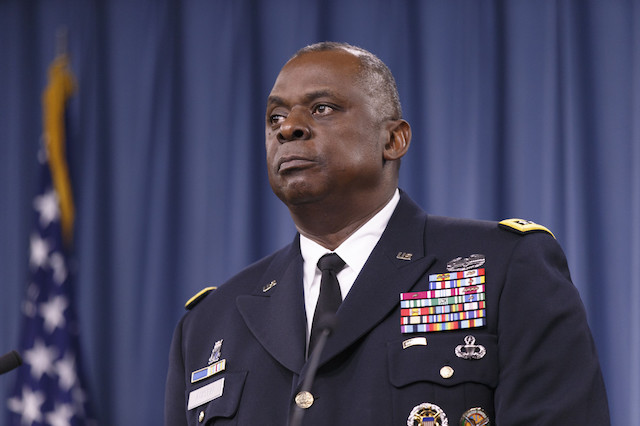 The Pentagon said Monday that Defense Secretary Lloyd Austin has put up to 8,500 troops on heightened alert, as NATO prepared for a showdown with Russia over Ukraine.

The U.S. said its troops will be prepared to deploy if needed to reassure NATO allies in the face of ongoing Russian aggression on the border of Ukraine.

Pentagon press secretary John Kirby said no final decisions have been made on deployments.

He said the order is about ensuring that the U.S. is ready to respond if NATO decides to deploy its response force.

“What this is about is reassurance to our NATO allies,” Kirby said.

Tensions soared Monday between Russia and the West over concerns that Moscow is planning to invade Ukraine, with NATO outlining potential troop and ship deployments.

Britain said it would withdraw some diplomats from Kyiv, and Ireland denounced upcoming Russian war games off its coast as unwelcome.

The Western alliance’s statement summed up moves already announced by member countries, but restating them under the NATO banner appeared aimed at showing its resolve.

It was just one of a series of announcements that signaled the West is ramping up its rhetoric in the information war that has accompanied the Ukraine standoff.

Russia has massed an estimated 100,000 troops near Ukraine’s border, demanding that NATO promise it will never allow Ukraine to join and that other actions, such as stationing alliance troops in former Soviet bloc countries, be curtailed.

Some of these, like any pledge to permanently bar Ukraine, are nonstarters for NATO — creating a seemingly intractable deadlock that many fear can only end in war.

Russia denies it is planning an invasion, and says the Western accusations are merely a cover for NATO’s own planned provocations. Recent days have seen high-stakes diplomacy that failed to reach any breakthrough and maneuvering on both sides.

NATO said Monday it is bolstering its “deterrence” in the Baltic Sea region. Denmark is sending a frigate and deploying F-16 warplanes to Lithuania; Spain is sending four fighter jets to Bulgaria and three ships to the Black Sea to join NATO naval forces; and France stands ready to send troops to Romania.

NATO will “take all necessary measures to protect and defend all allies,” Secretary-General jens Stoltenberg said.

“We will always respond to any deterioration of our security environment, including through strengthening our collective defense.”

In Washington, Pentagon leaders have proposed a range of options for President Joe Biden to reinforce the U.S. military presence in Eastern Europe and the Baltics as a demonstration of American commitment, according to two officials who spoke on condition of anonymity to discuss internal planning.