4 police officers detained in Rivers for torture, extortion of student 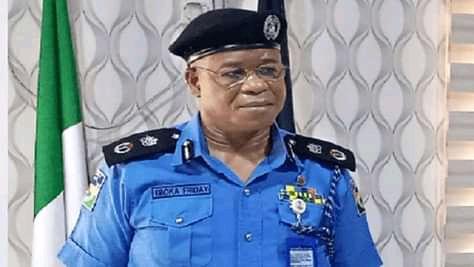 Four officers of Rivers State Police Command have been detained over alleged torture and extortion of N50,000 from Ekele Nwachukwu, a student of the state university.

Rivers Commissioner of Police, Eboka Friday had on Monday averted the plan by colleagues of Nwachukwu to embark on protest over the maltreatment of their colleague.

Our correspondent learnt that Nwachukwu, a 300 level student of the faculty of Social Sciences was brutalized and N50,000 naira extorted from him by some personnel of the Anti-cultism unit of Rivers State Police Command.

Mr Nwachukwu who narrated his ordeal to journalists said on his way home last week Thursday, some persons on wine coloured Sienna vehicle wearing black clothes and armed with AK-47 rifles intercepted the car that took him on a ‘drop’ at Rumuola and asked him to come down from the vehicle, which he did.

He said after the persons who turned out to be officials of Police Anti-Cultism unit searched him,they did not find anything incriminating,but ordered him to enter their vehicle.

“At that point, I insisted on knowing what my offence was and one of the officers gave me a slap, while others started hitting him with some objects and later tied my hands and threw me into their vehicle as I continued to scream which attracted large number of persons to the scene.”

Mr Nwachukwu further explained that they threw him into their vehicle and laid him down as three of the officers sat on him,at a point he started shouting that he can no longer breathe, when one of the Police officers told his colleagues that they should sit him down.”

The victim stated that he was taken to the office of the anti-cultism at Rukpokwu where he was stripped to boxers and detained.

He revealed that the Investigating Police Officer tagged him a Cultist and a ‘yahoo’ boy.

He said two of his friends came that morning and the Police told them to pay N50,000 before he could be released.

The ‘victim’ noted that he was released after his friends paid fifty thousand naira,N50,000.