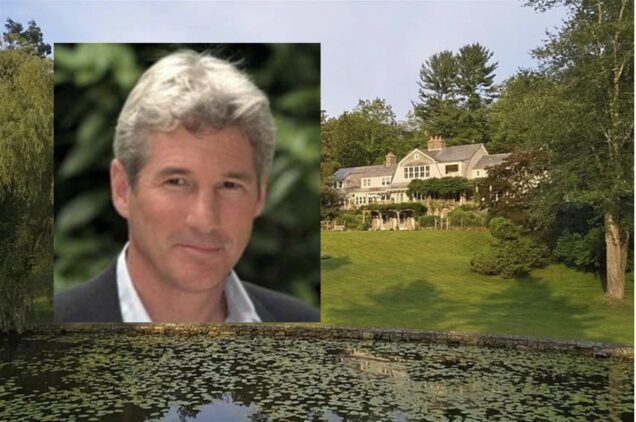 Actor Richard Gere is set to make a cool windfall by selling old upstate New York property that he bought in 1986.

When he bought the property, he paid just $1.51 million, New York Post reports.

Gere is putting the expansive property in the market, just a year after shelling out $9.8 million for a new family home, in North Salem, also in upstate New York.

The latter is a seven-bedroom, nine-bathroom abode.

He bought the property after welcoming children in 2019 and 2020 with his wife, Alejandra Silva.

The main residence at the Pound Ridge compound — only an hour away from New York City — is made up of eight bedrooms and 11 bathrooms and spans over 11,600 square feet.

The expansive property contains five structures in total, with stables and a pool. The estate comes with 4,300 acres of protected land.

Pegged as a “magical country compound,” the property features a winding country lane as you make your way through the grounds and comes with a private lake with a sandy beach, and a separate island to row out to, according to the listing.