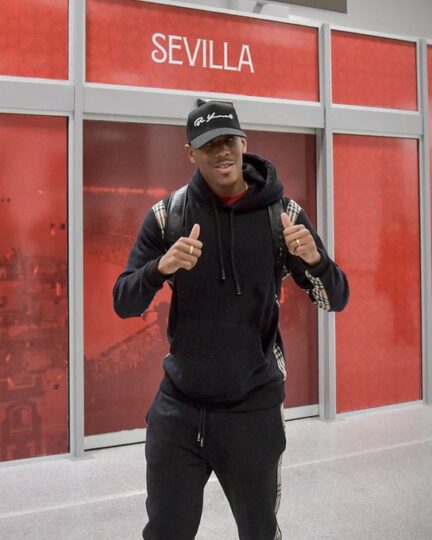 Anthony Martial has arrived in Spain to complete a loan move to Sevilla from Manchester United.

The LaLiga side are understood to have agreed a £5million loan fee while Martial was willing to take a pay cut to make the deal happen.

But there is no option for Sevilla to purchase the French forward in the summer.

After posing for photographs by the club’s badge at Seville Airport on Tuesday, Martial will undergo a medical to complete the transfer.

The 26-year-old had told United he wanted to leave with Sevilla his first choice.

There were tentative approaches from other clubs such as Newcastle and Tottenham but Martial was keen to go abroad.