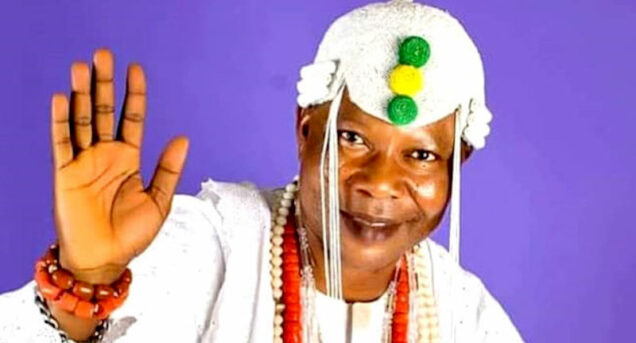 Governor Dapo Abiodun of Ogun has ordered the police and other security agencies in the state to fish out urgently the killers of Oba Ayinde Odetola, the king of Agodo in Ewekoro LGA.

Gunmen killed the king, along with three other people on Monday over a mix of chieftaincy and land issues.

An outraged Abiodun condemned the killings and vowed to find the killers.

In a statement by Chief Press Secretary, Kunle Somorin, Governor Abiodun directed the security agencies to immediately fish out the killers.

Abiodun declared that his administration would not tolerate a breach of peace and harmony being currently enjoyed in the state.

He said the politics, land, and chieftaincy matters should not attract descent into self-help and killings.

“To those threatening the peace of our state, we will stop at nothing to fish them out, prosecute them and mete out the full wrath of the law on them,” the governor was quoted as saying.

“We have zero tolerance for these ignoble conducts. Politics, land, and chieftaincy disputes are no excuses for people to take laws into their hands. All hirelings, parents, and guardians should call their wards to order.

Abiodun, meanwhile has sent his condolences to the family of the late monarch and the residents of Agodo town.

According to Ogun state Police Command, Oba Odetola was shot dead by suspected hoodlums on Monday.

He was killed not too long after his brother was also gruesomely murdered.

The Police Public Relations Officer in Ogun, Abimbola Oyeyemi, said the traditional ruler and the others were killed at about 11am on Monday.

They were said to be returning from an outing before they were attacked by the hoodlums.

The three people in the company of the king were reportedly set ablaze.

Oyeyemi revealed that the Commissioner of Police in Ogun, Lanre Bankole, and the Special Security Adviser to Governor Dapo Abiodun, Olusola Subair, have visited the town for an on-the-spot assessment.

He stated that the whole town was deserted as of the time of the visit, adding that the police commissioner has directed that the Homicide Unit of the Criminal Investigation Department of the command commence an investigation into the killing.

Channels Television reported a tussle over the chieftaincy title of Alagodo between the people of Ake and Owu in Egbaland.

While the late monarch was from the Ake section of Egba, he reportedly faced resentment by Owu people as they considered it improper for an Egba Ake to rule in aa town dominated by Owu.