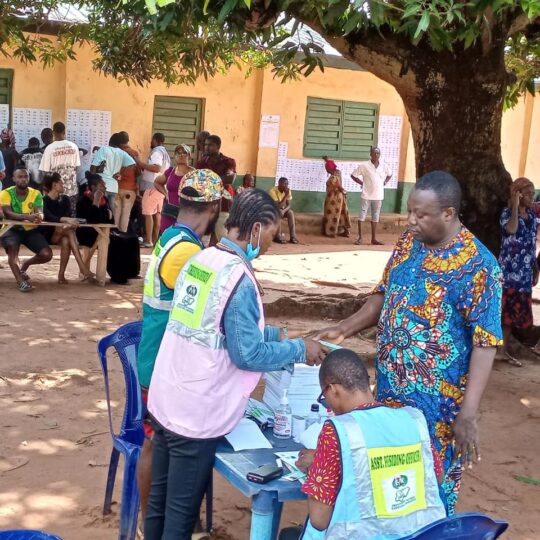 A voting unit in Anambra

The Independent National Electoral Commission (INEC) has withheld the allowances of 630 ad hoc staff for failing to return election materials and devices used for the Nov. 6, 2021 Anambra governorship election.

Dr Nkwachukwu Orji, the state INEC Resident Electoral Commissioner (REC), disclosed this during a news conference on Tuesday in Awka.

Orji said that the commission was displeased that some ad hoc staff who were engaged for the election failed to return some of the devices and election materials giving to them during the election.

“The commission has taken the unfortunate decision to withhold the allowances of staff involved in the act, pending the return of the materials to the commission,” he said.

The INEC official named some of the materials to include; Bio-modal Voters Accreditation System (BVAS) machines, battery chargers, cables and other accessories.

Orji said although some of the staff concern have started returning the items, the commission has resolved to place an order that all the materials must be returned before payment would be made to them.

The REC also announced that INEC had lifted the suspension placed on the Continuous Voters Registration (CVR) in the state.

“INEC suspended CVR in Anambra on Sept. 15, 2021 because of the governorship election in the state, but with the election successfully completed, the commission has from today Tuesday Jan. 25 lifted the suspension,” he said.

He said that the exercise would take place in the 21 Local Government Areas(LGAs) of the state and the commission’s headquarters in Awka.

Orji urged those eligible to register to endeavour to take advantage of the period to enable them get their Permanent Voter Cards (PVCs), adding that those who registered before Sept. 15 should collect their cards at the INEC office.