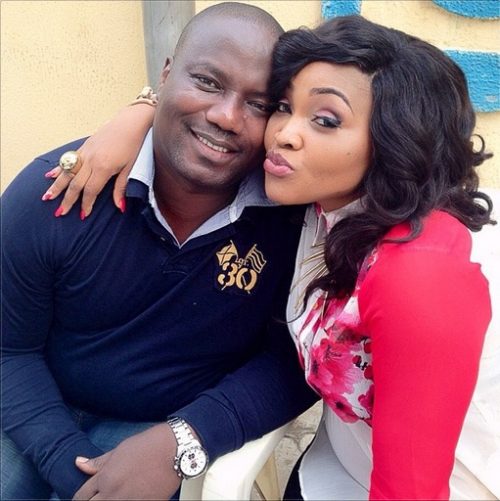 Asiwaju Lanre Gentry, the former husband of Nollywood actress, Mercy Aigbe, has confirmed the paternity of their son, Juwon Gentry.

This is coming after news that Aigbe secretly married a film producer, Kazeem Adeoti, who was a mutual friend before their divorce.

Speculations sprung up after a collaged photograph of Kazeem Adeoti, Juwon Gentry and Lanre Gentry was posted on social media, showing a striking resemblance between Juwon and Kazeem.

He wrote; “What is life? I thank everyone for your comments and advice about my lovely son, Olajuwon Gentry.

“My son is my son 100%, I love him so much and there is nothing in this world that can separate me from my children”

Despite several hostile reactions to her new marriage, Mercy Aigbe has remained cheerful, posting new photos and videos before jetting out of the country on her honeymoon.