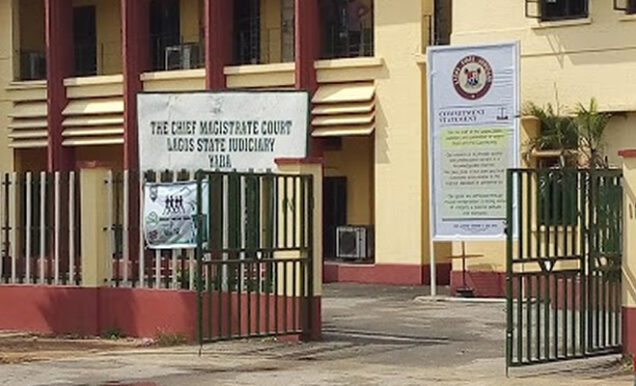 A 28-year-old man, Micheal Adeoye, who allegedly stole a two-year-old girl from her mother’s shop was, on Tuesday, arraigned before an Ogudu Magistrates’ Court in Lagos.

Adeoye, whose address was not provided, is facing a two-count charge of conspiracy and child stealing.

The Prosecutor, Insp Donjour Perezi, told the court that Adeoye committed the offence on Jan. 5 at Kayode Arikawe Street, Ikosi-Ketu area of Lagos.

Perezi said that the defendant was caught with the girl, trying to board a bus out of the area.

“He was apprehended by some neighbours and handed over to the police,” he further told the court.

According to him, the offences contravene Sections 277 and 411 of the Criminal Law of Lagos State, 2015.

Magistrate O.M. Ajayi granted the defendant bail in the sum of N250,000, with two sureties in like sum.

Ajayi, thereafter, adjourned the case till Feb. 3, for mention.