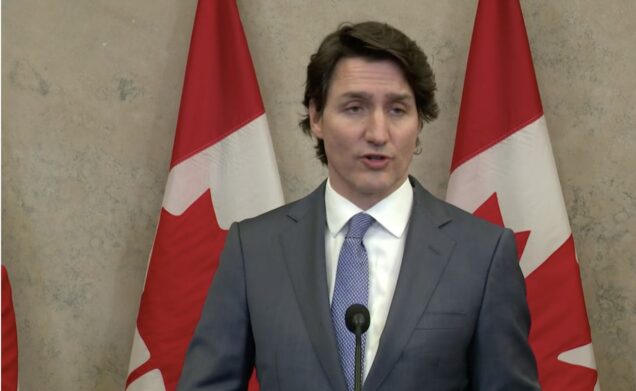 PM Trudeau at the press conference on Wednesday

The Canadian government will not send small weapons to assist Ukraine in defending its territory against the threat of Russian aggression.

Prime Minister Justin Trudeau made the announcement at a press conference on Wednesday afternoon.

It was the decision of a three-day virtual cabinet retreat where the proposal on whether to send arms was discussed.

Instead Canada will support Ukraine in fighting Russian cyber attack.

The government will do this by extending Operation Unifier for an additional three years and boosting both intelligence sharing and support to combat Russian cyber attacks.