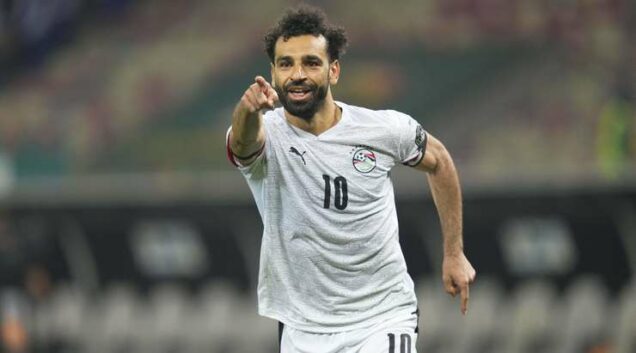 The Pharaoh of Egypt of Egypt have knocked out the Elephant of Ivory Coast to reach AFCON’s quarter-final, winning 5-4 on penalty.

The match ended goalless after 120 minutes of football, which necessitated penalty shootout to decide the team that will qualify for the quarter-final.

Egypt scored all penalty kicks, with Mohamed Salah converting the decider to give the Pharaoh victory over their West African side.

He casually fired the ball towards the middle of the net, but the goalkeeper pulled off a reflex to deny him.

Earlier on 17 minutes, Omar Marmoush almost scored for Egypt with a long-range shot, but the ball crashed against the bar.

Four minutes later, Salah produced a ferocious strike from the edge of the box. His dangerous effort towards the roof of the net was blocked by Badra Ali Sangare, who pulled off a superb save to keep the ball out of the net.

As the first half wore on, Mostafa Mohamed received a precise pass and was given time inside the box to send a promising strike towards the bottom right corner. Badra Ali Sangare guessed his intention and denied him with a fine save.

On 39 minutes, Ibrahim Sangare picked up a cross inside the box and unleashed a quick shot towards the right side of the goal. His promising effort was kept out by Mohamed El Shenawy, who pulled off a stunning save.

On first half added time, Sebastien Haller blew a promising chance when he got to a rebound just outside the penalty area. He struck it low towards the middle of the target, but Mohamed El Shenawy pulled off a nice save and to stop the attempt.

On 70 minutes, Sebastien Haller won himself just enough space inside the box to connect with the corner. His header flew towards the roof of the net, but the goalkeeper leapt from the ground and made a stunning save.

Five minutes to duration time, a defence-splitting pass was taken in his stride by Wilfried Zaha in the box, as he drilled a shot towards the bottom left corner, but El Shenawy pulled off a brilliant save.