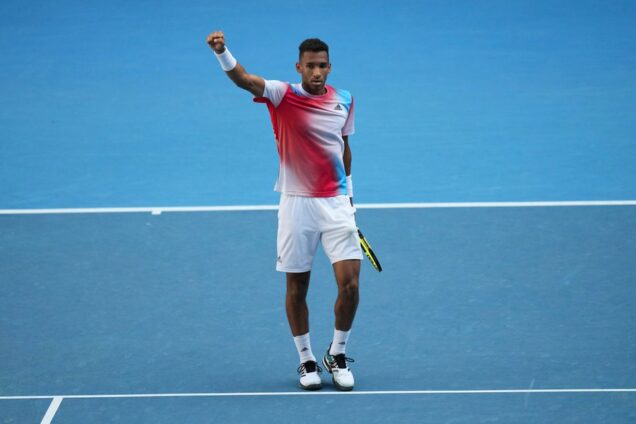 Russian Daniil Medvedev was generous in his commendation for his Australian Open quarter final foe, Canadian Felix Auger-Aliassime, who stretched him to a five-set thriller.

It was an epic match that Medvedev will never forget too soon. The tennis world will also not forget the encounter.

“I have no idea [how I hung in there]. I was not playing my best and Felix was playing unbelievable”, Medvedev said.

He was all over me and I do not know what to do. So I thought to myself – and some people won’t like this – what would Novak do?”

“I just fight to the last point and manage to raise my level for the next game. I played better [when the roof was closed].

“My hand was slippery [when the roof was open] so the roof closing helped my hand be less sweaty.”

Tennis Canada was full of praises for Auger-Aliassime, tweeting:

“He fought hard. He left it all out there. He went toe-to-toe with the favourite to win the
@AustralianOpen

Medvedev’s next opponent Tsitsipas is familiar to him. Both played in the semis last year. Tsitsipas lost in three sets.

“It’s the semi-final of a grand slam so even if if I am tired I am going to give it everything. Last year I managed to play pretty well. Let’s hope we can have a good match.”