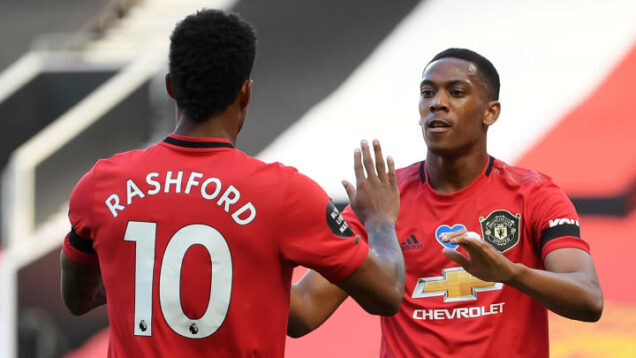 Manchester United striker, Marcus Rashford, has sent a supportive farewell message to Anthony Martial after he left the Red Devils to join Sevilla.

Man United on Tuesday confirmed that Martial had completed a loan move to Sevilla. He will be spending the rest of the 2021-22 season at the LaLiga side.

Reacting, Rashford, in a tweet via his Twitter handle, wished Martial, who he described as his brother, all good luck at Sevilla.

The England international wrote: “Good luck my brother,” with a heart emoji.

Man United said in a statement: “Martial, who will wear Sevilla’s No. 22 shirt, will become the second United player to appear in Spain’s top flight this season, following Facundo Pellistri.”