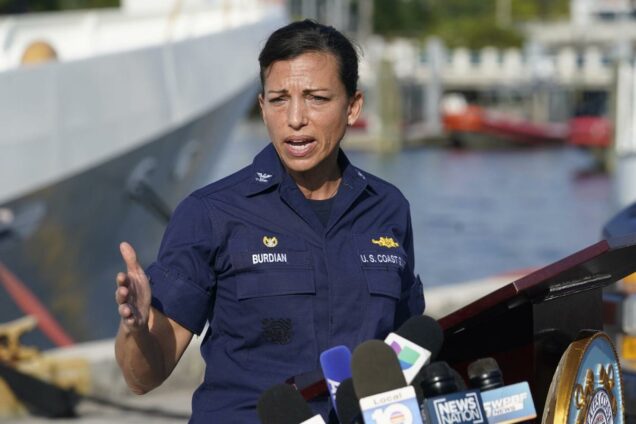 Rescue crews recovered one body but hope dimmed for 38 other people lost at sea over the weekend from a capsized boat off Florida’s coast.

According to the U.S. Coast Guard on Wednesday, the accident is an incident being treated as an ill-fated human smuggling attempt.

The search-and-recovery operation stretched through a second full day on Wednesday as the Coast Guard reported intercepting a separate sailing vessel off the Bahamas overloaded with 191 Haitian migrants believed to be headed for Florida.

The two incidents underscored a surge in migrants seeking passage to Florida in flimsy vessels through the Caribbean by way of the Bahamas, a known hub for sea-borne human smuggling.

The Coast Guard said in a Twitter post that its teams would “continue to search throughout the night for the missing people” whose boat was reported by a lone survivor to have overturned in rough seas on Sunday morning.

A Coast Guard spokesman, Petty Officer Jose Hernandez, acknowledged late Wednesday that chances of finding anyone else alive were dwindling but that officials would “reassess” the situation on Thursday morning.

The survivor, found clinging to the overturned vessel on Tuesday, told authorities after his rescue that he was one of 40 people aboard the boat when it left the Bahamas’ Bimini islands, about 50 miles (80 km) east of Miami, on Saturday night, the Coast Guard said.

The vessel capsized the next morning about 45 miles (72 km) east of Fort Pierce Inlet, off Florida’s Atlantic coast, about midway between Miami and Cape Canaveral.

According to the survivor, nobody aboard had been wearing a life jacket.

Their nationalities have not been released. But vessel crossings of Haitian migrants have grown more frequent as the Caribbean island nation faces worsening economic and political crises, as well as gang-related kidnappings.

“We do suspect that this is a case of human smuggling, as this event occurred in a normal route for human smuggling,” Coast Guard Commander Jo-Ann Burdian told a Miami news conference.