Kyrgios, Kokkinakis seal all Australian final in men's doubles since 1980 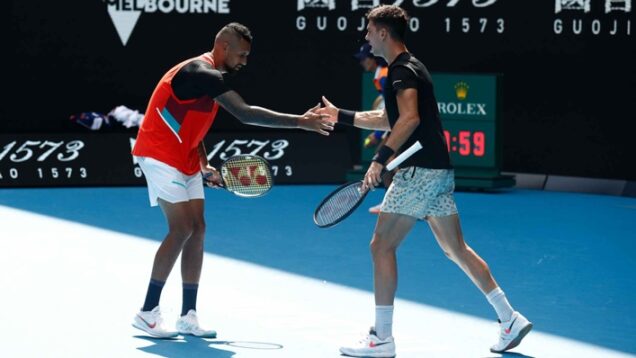 For the first time since 1980, it will be an all-Australian final on Saturday in the men’s doubles at the year’s opening grand slam.

The talented duo have beaten four seeded pairs on their way to the decider, where await. And their dream run continues.

Dubbed the ‘Special Ks’, the pair took a tough first-set tie-break before being pulled back after leading the second set 4-1.

But Kyrgios and Kokkinakis sealed their win when the latter delivered a wonderful lob, sparking their celebrations in front of a strong Rod Laver Arena crowd.