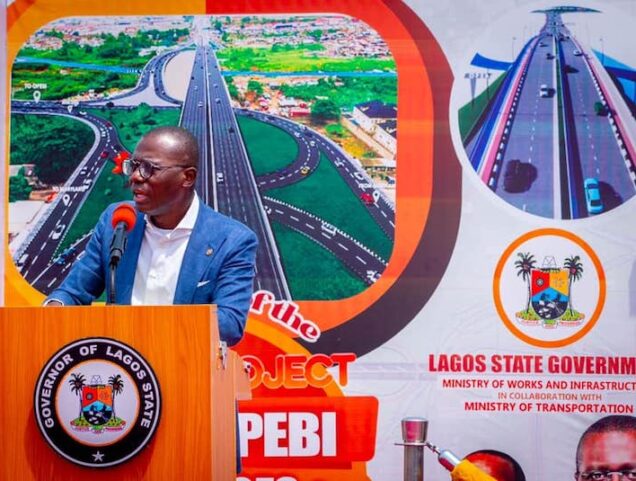 He made the disclosure Wednesday at the flag-off of the construction of the 3.89-kilometre Opebi-Ojota link bridges and access roads, to be built by Julius Berger Construction Company.

The trains will be for the Red Line Metro project in Lagos.

The trains, originally intended to connect Madison and Milwaukee are now on their way to Lagos.

The 37 kilometre Red Line Project on completion will traverse eight stations and move passengers from Agbado to Oyingbo.

He said his government is ramping up the completion of the ancillary infrastructure like the train stations.

“We are irrevocably committed to completing the Red Line Metro rail project by the end of this year and bring a new lease of life to public transportation in Lagos”.

The Opebi-Ojota link bridges, he said, will open into Ojota axis in Kosofe, taking traffic from Opebi U-Turn and into Ikorodu Road via the intersection that will be constructed under Odo Iya Alaro Bridge at Mende.

The road will be supported by a 276 metre-long deck-on-pile bridge and 474 metre-long mechanically stabilised earth-wall approach sections.

“Upon the completion of this project, it will not only provide a new link to commute around Ikeja and its environs, it will also enhance economic prosperity and life expectancy”, he said.