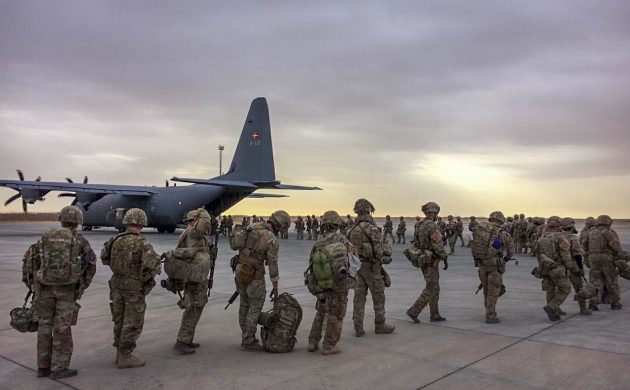 A spokesman of the Malian junta has blasted France to stop interfering in Mali’s affairs and keep its “colonial reflexes” to itself.

The junta spokesman, Abdoulaye Maiga rejected France’s claims Mali had wrongfully asked Denmark to pull its troops from the country.

Relations between France and its former colony have soured since the junta has clung to power and brought Russian mercenaries into the country.

“We invite (Armed Forces Minister Florence) Parly to show restraint and respect the basic principle of not interfering in the domestic affairs of a state,” Maiga told national news broadcaster ORTM1 late on Wednesday.

Maiga’s comments targeting Parly, who had accused the junta of provocation, come amid a standoff over the presence of a European Takuba task force which was set up to help Mali tackle Islamic State and al Qaeda militants.

France and 14 other European countries urged the junta on Wednesday to allow Danish special forces to remain in Mali, rejecting the junta’s claims their presence was without legal basis.

Maiga responded that the Danes needed to withdraw immediately.

“We invite them (the Danes) to be careful about some partners who sadly have problems getting rid of their colonial reflexes,” Maiga said.

The Takuba force is the lynchpin of France’s strategy in the region to reduce its presence. It is more symbolic than operationally significant, but the arrival of Russian trainers, mercenaries and the junta’s efforts to stay in power have made some countries question whether the force should remain in Mali.

The junta’s decision to ask Denmark to leave is likely to impact future deployments, with Norway, Hungary, Portugal, Romania and Lithuania set to send troops this year.

“No accord authorises the deployment of Danish special forces to the Takuba Task Force,” the Malian government said in a statement.

Norway, Portugal and Hungary are still waiting for approval to deploy their special forces, the junta said.

Meanwhile Denmark said it will start pulling its troops out of Mali, after the African country’s transitional junta government this week insisted on an immediate withdrawal, Foreign Minister Jeppe Kofod said on Thursday.

“We can see that the Malian transitional government, or the coup generals, last night sent out a public statement where they again reiterated that Denmark is not welcome in Mali, and we of course will not put up with that, so therefore we have decided to withdraw our soldiers home,” Kofod told journalists at a press briefing in Copenhagen.

Denmark had sent 105 military personnel to Mali earlier this month, after what it said was a “clear invitation” by Mali.

But the Malian government said this week it was surprised by the Danish presence, because a decision had yet to be made on a request from Denmark in June to deploy troops.

France and 14 other countries urged Mali late on Wednesday to allow Danish special forces to remain in the African country.