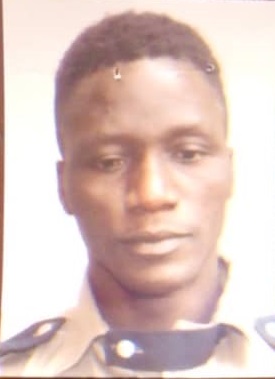 The property belonged to the management of Investment One Financial Services.

The Police alleged that following the incident, the complainant reported the matter to the Divisional Police Officer, DPO in charge of Bar beach Division, Victoria Island who directed his men to fish out the security man anywhere he might be hiding.

The Police team, after days of intelligence gathering tracked Yakubu to a hideout in Lagos and arrested him.

Yakubu was charged before the Tinubu Magistrate’s Court, Lagos on a two-count charge of stealing.

Solomon told the court that the defendant who was employed by the complainant to provide security later betrayed the trust reposed him and stole his employer’s one apple ipad valued N1, 000, 000 and three pieces of umbrella valued N9, 000 and escaped before he was arrested.

Solomon said the offence the defendant committed contravene section 411 and 287 of the criminal Law of Lagos State 2015.

Yakubu pleaded not guilty to the charges and Magistrate O.S Abioye granted him N200, 000 bail with two sureties in like.

Abioye adjourned the case till 22 February, 2022 for mention and ordered that the defendant be detained at the Ikoyi Correctional Facility till he fulfilled the bail conditions.