2023: What I will do before making my decision known – Sanwo-Olu 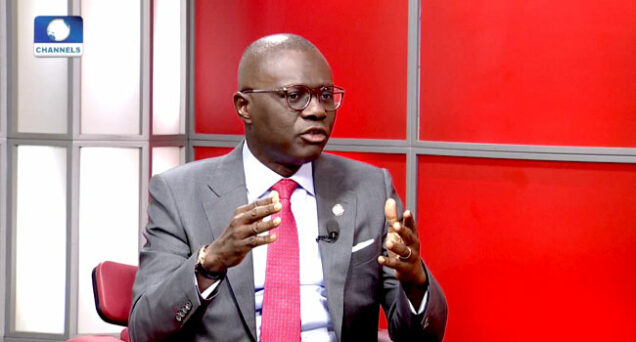 Governor Babajide Sanwo-Olu said he will consult the people of Lagos State on whether to run for a second term in office in the 2023 general elections or not.

Sanwo-Olu stated this during his interview on Channels Television’s Sunrise Daily on Friday.

He said: “I will ask, I will consult; citizens, how do you see it? …. that’s how you get it down. Keep your focus on, try and finish very strong. You know when it is time for us to do all the politicking, we will do it.”

He added, “As we speak, we have done about two-thirds of our time – about 65.7 percent because we count it every day. The field is not open yet; the race has not been declared open yet. But for me, it is about ensuring that these four years that I have promised my citizens, I put every bit of my sweat into it.

He said: “I think we are doing a very good job.

“If I dare say so, I think that the citizens know what it is they will be missing if they don’t let us continue to wrap up all the things we are doing.”

Governor Sanwo-Olu also spoke about the efforts being made by his administration to address the gridlock on Lagos roads.

Following the purchase of two new sets of 10 cars Talgo 330kmph trains for its redline rail project, he revealed that the coaches would be on track by the fourth quarter of the year.

According to the governor, the terminal stations will be ready by the set target but transporting passengers may commence next year.

He attributed the possible delay to proper testing of the trains and training of workers, to ensure the safety of passengers.