4 Beninese, 2 others arrested over fraud activities in Gombe 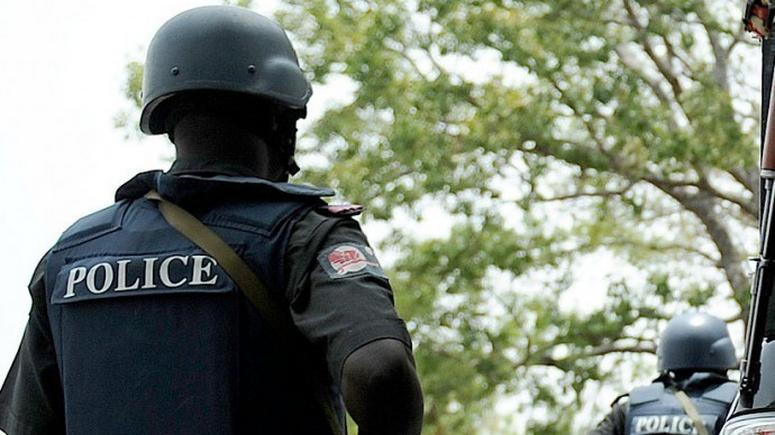 The Police Command in Gombe State has arrested six suspects over an attempt to defraud residents of the state.

The Commissioner of Police in the state, Ishola Babaita made this known at a news conference on Friday in Gombe.

Babaita said that the arrest was made possible through its community policing strategy as well as the proactiveness of the command to rid the state of any form of crime and criminalities.

According to him, the six suspects comprise two indigenes of Gombe state and four Beninese who entered into the country illegally and were arrested in Gombe on Jan 18.

“On the Jan. 18, at 8:30 p.m. the command received information that three Hummer buses brought some group of young men numbering about 109.

“Immediately, Police operatives in synergy with the Department of State Security (DSS) were dispatched to the scene and the people were invited to the DSS facility where they were interrogated.

“The two Nigerians were transferred to the police for discrete investigations and possible prosecution while the four Beninese were handed over to the Nigerian Immigration Service which later returned them back to the police,” the commissioner said.

Babaita said during the interrogation, the suspects claimed that they were into an online networking business called QNET.

He said that the documents tendered “as Independent Representatives (IR) of the QNRT revealed that an IR is not an employee, agent or official representative of QNET.

“This means that as IR, they are to be solely responsible for complying with applicable local laws, ethical practices and paying taxes on commissions and assumes all risks related to their IR entrepreneurial activities,” he said.

According to him, the 109 youths were recruited into the state by the six suspects to serve as marketers.

He said that based on investigations, it was established that the suspects were into a Ponzi scheme to defraud unsuspecting members of the public.

He added that at the conclusion of the investigation, all suspects would be charged to court.

Babaita urged residents of the state to be wary of those they transact business with to avoid being defrauded.

However, one of the suspects, 26-year-old Abdullahi Yusuf from Gombe while speaking with newsmen, denied that the business was fraudulent, saying that it was online networking.

Yusuf said he started the business in the Benin Republic but decided to come to Gombe state to empower youths with the knowledge of networking.

Yusuf who insisted that the business was not fraudulent, said he was ready to defend himself in court.

Solomon Micah, a 27-year-old indigene of Taraba, who was recruited as a marketer, said that he paid N500,000 to register for the business and got 50 dollars as bonus.

Some of the alleged marketers were paraded along with the six main suspects at the police command.