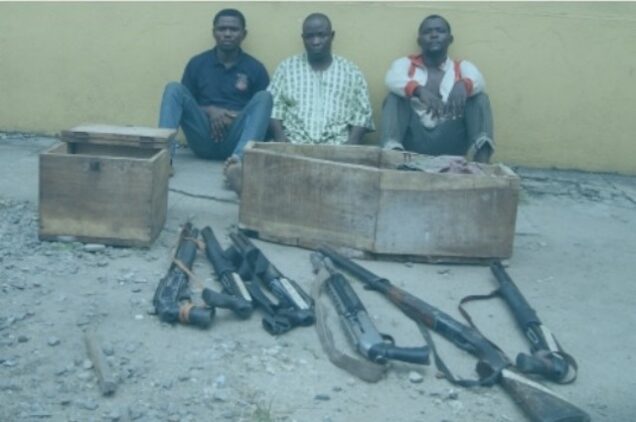 Flashback 2019: some cultists arrested in Ikorodu with charms made of human bones

An Ikeja Magistrates’ Court on Friday remanded five men from Ikorodu who allegedly killed a man with a gun and belonged to the Aiye Confraternity.

They are facing a four-count charge bordering on conspiracy, unlawful assembly and murder.

The Magistrate, Mrs M.O. Joseph, who did not take their pleas, remanded them at the Kirikiri Correctional Centre.

Joseph directed the police to send the case file to the state director of public prosecutions for advice.

The magistrate adjourned the case till Feb. 24 for mention.

Earlier, the prosecutor, ASP Josephine Ikhayere, alleged that the defendants shot one Mr Abiodun Osileye at a close range and killed him.

Ikhayere told the court that the defendants committed the offences with others still at large on Dec. 19, 2021, at 1.00 p.m. at Oreta, Ikorodu, Lagos.

She added that the defendants belonged to an unlawful society known as the Aiye confraternity.