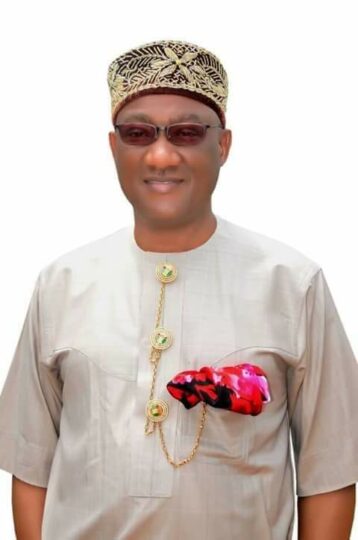 A former Commissioner of Lands & Survey in Rivers, Ezemonye Ezekiel-Amadi, has described recent accusation by Governor Nyesom Wike that his predecessor and former principal, Rotimi Amaechi abandoned a state owned air craft in Germany as diversionary.

Ezekiel-Amadi, in statement issued on Thursday described the allegation as part of the perennial and usual plot by Wike “intended to hoodwink and mislead Rivers people who have been victims of his seven years of cut-and-join-administration hinged on 90% impulse and 8% planning and deeply rooted in political chicanery and lack of vision.”

“Talking of abandonment, shouldn’t Governor Wike at this time be telling Rivers people about the hundreds of Rivers State students Amaechi sent to various Universities in the Americas, Europe and Asia on scholarship but abandoned by Wike? Is the Rivers State aircraft more important than the world-class Maxillofacial and Dental Hospital built by Amaechi but abandoned by Wike?

According to him, rather than making noise about a State aircraft abandoned in Germany, Wike should be speaking about the huge losses the State has suffered by his abandonment of projects established by Amaechi.

He listed some of the projects to include the Banana and Fish Farm, the Model Health Centres and schools built and fully equipped by Amaechi that have been abandoned and left to rot away in many nooks and crannies of Rivers.

He also noted that the State Government owned aircraft will not add any value for human capital development in Rivers State and therefore, not worth the noise the Governor is making about it.

The former Commissioner accused Wike of to embarking on pedestrian politicking just because Amaechi’s stock is about to bubble in far away Daura.

Ezekiel-amadi said Wike had abandoned the civil Service, pensioners, Commissioners and other political appointees Governor he unilaterally micro-manages the entire apparatus of government as political alpha and omega.

He accused Wike of neglecting Lecturers – and by extension, their dependents – of the Ken Saro-Wiwa Polytechnic ordered by Court to be reinstated are abandoned by Governor Wike.

“So also abandoned, are some Permanent Secretaries [and their dependents] that he unlawfully disengaged and whom the Court ordered to be reinstated.

“These abandoned mean nothing to Governor Wike. The only abandonment that is hurting him is the purported abandonment of a Rivers State Government aircraft in Germany!

“How on earth did we get here ? What really and actually did we do to God, to deserve this King Saul kind-of-treatment?” the Ex-Commissioner asked

“Must everything in Rivers State start and end with politics? The men and women in the hinterlands of Rivers State, have no business with Rivers State aircraft. It will not add any survival value to them and so they are not interested in hearing whether it has been abandoned or not. Governor Wike should please tell us something important!”