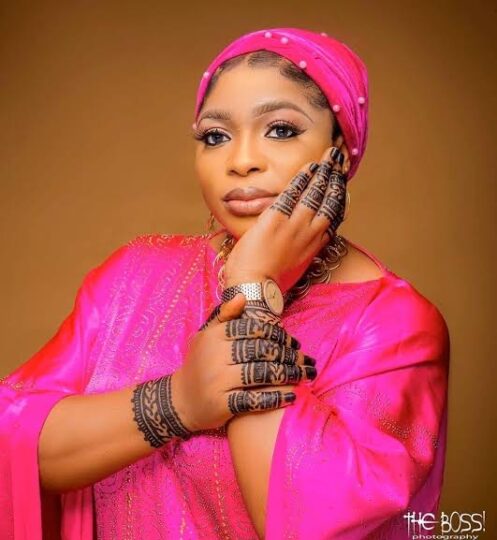 Nollywood actress, Kemi Afolabi has been inundated with more sex abstinence confessions by her fans after she revealed that she has not had sex for more than one year and prayed for God’s help.

The 43-year-old Yoruba movie actress was reacting to information that ‘having sex for more than 21 times can reduce one’s chance of heart attack.

She wrote: “Haa God pls save me o. I have been on sex break for more than a year sha. hmmmnnn who will help me bayii ? As I no get partner.

“I will not die of heart attack insha Allah.Amin.”

What followed were confessions by fans that they have abstained from sex much longer than she has done.

One fan, Korede Wealth Obasan said he has sex 56 times a month.

Lizzy Afuye said: “It has been 7 years now”, since she last had sex.

“Hummm mine is going to five years now”, revealed Alhaja Madinah bint Abubakar, whose Instagram has the moniker, “the_lord_issufficient4me”.

AAlbushroh02 wrote:But this funny sha, even some of us wey get partner self no have sex 15 times a month😂😂 no to talk of 21 time

While some commenters doubted the truthfulness of the report cited by Kemi Afolabi, some offered politely to marry her or have an affair with her..

Reacting to Afolabi’s heart-cry, actress Funke Akindele wrote: “You WEY baba God is preparing a better man for. You will be fine my sister.”

Kemi Afolabi is an actress and producer. She is one of the famous faces in Nollywood, where she plays a role in Yoruba movies.

She studied Law at the prestigious University of Lagos Unilag; however, her career has been as an actress.

She made her debut in the Yoruba movie “Alagba” however, to the surprise of many, she took a very long break away from the movie industry for nearly five years between 2008-2013.