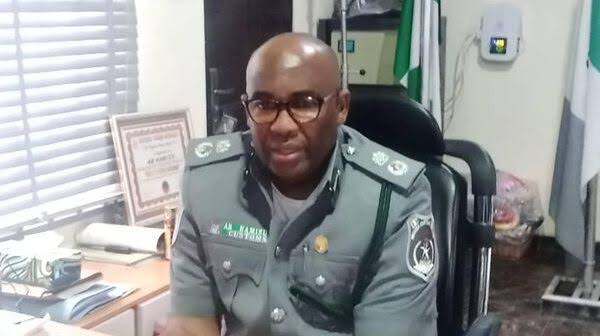 The Comptroller in charge of the zone, Al-Bashir Hamisu, made this known to newsmen in Kaduna, on Thursday.

He said that the goods seized were 250 parcels of Indian hemp and 60 pieces of foreign Jack knives, among other smuggled goods.

Hamisu said that it was among the 109 seizures made within the said period.

Hamisu said out of 109 seizures made during the period were 856 bags of foreign parboiled rice of 50kg each and that of the total, 316 bags were seized in Sokoto, Katsina and Kwara.

Other items impounded by the service, included six units of vehicles as means of conveyance, 44 bags of foreign rice concealed in rice paddy, and 825 cartons of foreign spaghetti and macaroni.

He said that the over 250 parcels of Indian hemp were handed over to the NDLEA representative, Deputy state commandant in charge of operations and intelligence, Kaduna state command, Aliyu Dan Musa.

According to him, the gesture was part of the synergy between the agency and the Nigeria Customs Service.

Comptroller Hamisu attributed the success of his officers within the period to the motivation received in the form of 18 new operational vehicles from the NCS management.

He noted that the vehicles had really upgraded the operational capacity of the zone which enabled them discharge their duties adequately.

He promised to redouble efforts at ensuring the zone and the nation was free of smuggling for the economic benefit of the country.

Hamisu further reiterated their commitment to ensure that foreign rice and other related goods were not allow into the country.

He added that citizens should also support the federal government’s programme for the betterment of Nigeria .