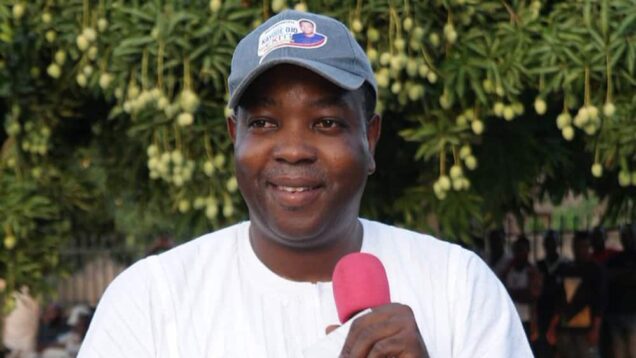 An All Progressives Congress (APC) governorship aspirant in Ekiti, Mr Kayode Ojo, has accused his party of conducting a fraudulent governorship primary election.

Ojo said what the Governorship Primary Election Committee did with the conduct of the exercise in Ekiti, was a complete disgrace to APC.

He alleged that figures were concocted for aspirants even when no election was held.

The aggrieved APC aspirant stated this on Friday while addressing newsmen in Ado-Ekiti.

“What we witnessed in Ekiti on Thursday and the day preceding the election showed that the election had been compromised even before it was conducted.

“With this, it was clear that the committee was not in Ekiti for a credible poll, but to see to the emergence of the anointed aspirant.

“But for now, I can confirm to you that the APC has no legal and credible candidate in Ekiti. By the results, one could attest to the fact that those figures were fake, concocted by the committee to suit their purpose,” he said.

Furthermore, Ojo explained that the aspirants asked the committee about the personalities that would be used as Returning Officers on Wednesday, it did not give any useful answer.

He said that majority of the people used as Returning Officers were members of the APC state executives, appointees of government and elected party members, who are stooges and parts of the campaign council.

“The election committee asked us to nominate 20 people to be used as Returning Officers, up till now, we did not see where our lists were included, the original list was not updated.

“Those we gave to them were not posted to where they would monitor the election. Nobody won any election here in Ekiti. We all reject this craziness.

“We have resolved to stand against this injustice. We are seeking every peaceful avenue to ensure that we have a process that would produce a credible candidate in Ekiti. It will be a disaster for APC to approach this election in this disgraceful manner.”

The aggrieved aspirant advised the National leadership of the party and the Presidency to intervene in the primary, which he described as nullity and illegality.

However, he called on President Mohammadu Buhari to intervene before APC crumbles in Ekiti.