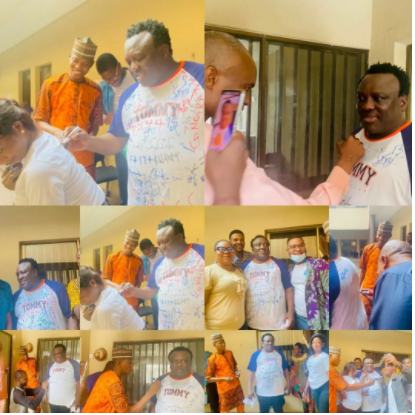 The Fuji musician took to his Instagram page on Friday to announce that he is now a graduate of the University of Ibadan, with a BSc, Political Science.

The 52-year-old singer said he has signed out in style from the University of Ibadan with a degree.

But he has to wait till November 2022 for the school’s convocation.

Saheed Osupa wrote: “You don’t have to see the whole staircase; just take the first step for the best view comes after the hardest climb!

“Signing out in style. Alihamdulilai Robil Alamin. I am grateful 🙏. BSc Political Science in the bag. University of Ibadan! Recté Sapere fons!”

The singer had gone Amuwo Odofin High School in Lagos, where he graduated in 1987. In 1992, he completed his National Diploma programme at The Polytechnic, Ibadan after studying Business Administration. He is an alumnus of the American International College where he studied Networking Operations.

Saheed Osupa started music professionally as a teenager in 1983 as a fuji artiste. His first album was titled Fuji Fa Disco, Followed by Fuji Blues.

He has released over 40 studio albums including a 4-in-1 studio album titled Mr. Music. In 2008, Saheed Osupa was declared the “King of Fuji Music” by Ayinde Barrister.