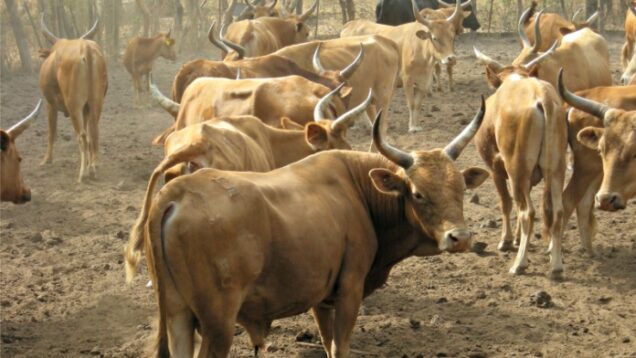 The joint task force has recovered 500 cows and sheep rustled in Shiroro and Munya Local Government areas of Niger state.

Mr Emmanuel Umar, the state Commissioner for Local Government and Internal Security, disclosed this while addressing newsmen in Minna on Friday.

He said that the animals were recovered from bandits who were fleeing some communities around Kuchi, Galadiman-Kogo, Alawa and Erena in Shiroro and Munya local government areas.

“A few weeks ago, we held a joint security operation in these areas and the networks were shut down. We received a report that some miscreants invaded Kusasu village.

“The miscreants were dislodged during the operation and after, security operatives apprehended some of the bandits who were trying to relocate.

“Some were neutralised and some animals recovered have been handed over to the state government,” he said.

Umar said that there were casualties among the security men.

“The state government has condoled with families of those who sacrificed their lives for the general peace as well as those who sustained injuries and was in touch with them.

Umar said the animals would be kept under the care of the state Ministry of Livestock.

“When the time set for owners to identify and claim their animals elapses, the government will seek a court order to auction them and remit the money into the state treasury,” he said.

The commissioner noted that the state government would fine-tune the operations of the task force to get in touch with neighbouring states for coordinated operations.