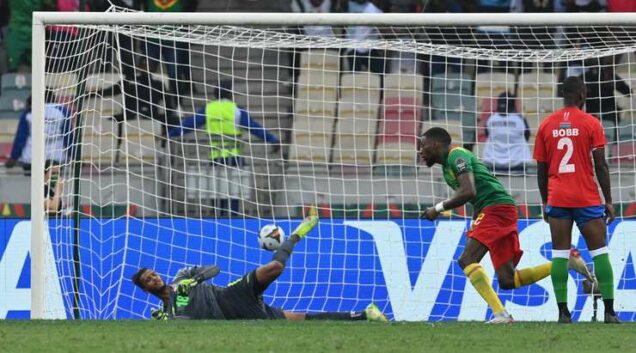 Minor Gambia could not stretch their luck beyond the quarter-finals as they were fallen by the superior fire power of the Indomitable Lions of Cameroon.

Gambia held on for a goalless first half, but Cameroon were too strong for the West Africa side as they capitulated.

Ekambi opened scoring for the host on 50 minutes. Collins Fai got to the by-line and sent in a lofted ball. Ekambi jumped highest and powered a close-range header into the bottom left corner to make it 1-0.

Seven minutes later, Martin Hongla passed the ball to the feet of Ekambi, who had an empty net in front of him and had no problems in tapping the ball in to give Cameroon 2-0 lead and got a brace for himself.

On 73 minutes, Vincent Aboubakar struck a shot towards goal from the edge of the penalty box, but it flew just wide of the left post.