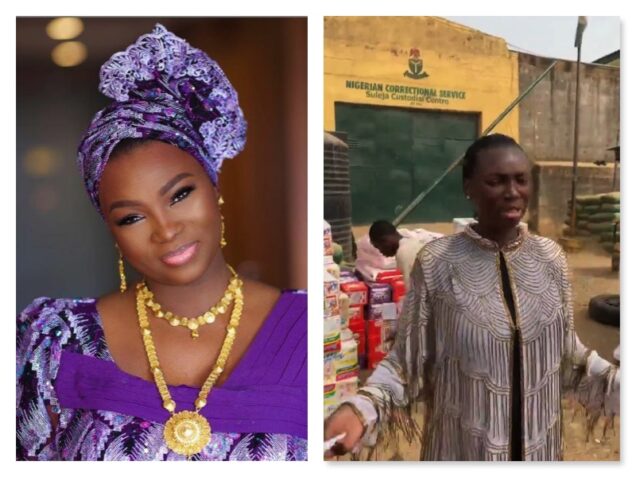 A four-day prison experience by Hauwa Mohammed aka Jaruma has inspired her to cater for the needs of prisoners.

According to a video shared Friday, she has donated food items to the inmates of the Nigerian Correctional Centre, Suleja.

Igbere TV reported that the businesswoman uploaded a video of people dropping cartons of noodles, rice and other food items in front of the prison.

Jaruma also promised to make monthly donations to the inmates until her death.

She also called on the public to join her in making donations to the prisoners.

An Abuja Upper Area Court on 25 January sent Jaruma to Suleja Correctional Centre till 28 January in a case filed against her by Chief Ned Nwoko and Regina Daniels.

The police charged Jaruma with false news publication, intimidation and defamation of character.

But on Friday, the police gave the aphrodisiac vendor bail.

Her trial will begin 23 February.