'Why Muritala is most qualified to be king in Ikeja Kingdom' 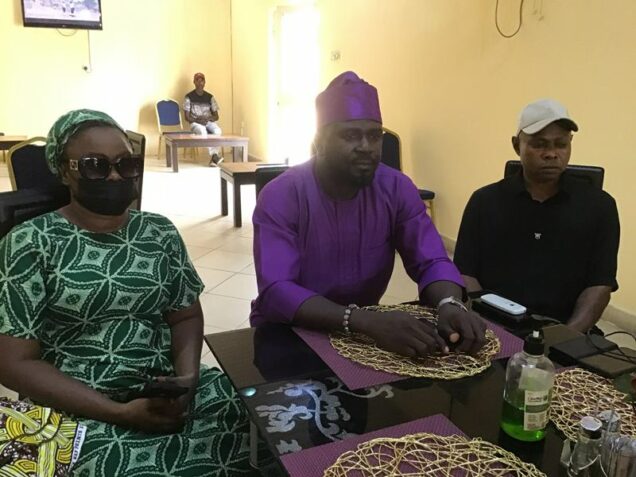 The leaders of the Ikeja royal families and kingmakers have said that the monarch-elect, Tajudeen Muritala’s origin made him the most qualified and rightful person to become the traditional ruler for the community.

They said Lagosians should ignore anyone who might be parading as well as claiming to be entitled to occupy throne that had been vacant barely nine years ago.

According to them, contrary to claims currently been made publicly that Muritala, a real estate expert, was not eligible to become the next traditional ruler for Ikeja community, the king in-making is from the Iyade royal family and that it is one of the royal families recognised by both Lagos State and Ikeja Local Governments as well as everyone in the kingdom.

Aside from being from the Iyade royal family, they added that the monarch-elect’s lineage also extended to the second royal family, Oshoja, which made him the most qualified and the sole candidate for the throne.

As gathered, the other family, which is the third, was Amore royal family and it was from there the immediate past monarch, Oba Rafiu Amore, who passed on over eight years ago in the community, came from.

Addressing newsmen to put in proper perspective Muritala’s origin on Friday in Ikeja, a representative of the Iyade royal family, Jamiu Folami, who spoke on behalf of other representatives, disclosed that the Ikeja ownership status made the Iyade have more chiefs that had controlled the kingdom before now than other families.

“We have produced six Baales before the kingdom chief seat was upgraded to that of a monarch and since then, one of Iyade’s sons has occupied the throne followed by Amore”, he added

The family representative stressed that everyone except those who wished to twist Ikeja’s story towards favouring their ambition, understood that Muritala was 100 percent qualified to sit on the vacant throne because he is from both Oshoja and Iyade royal families.

“I am surprised that some residents have been claiming that Tajudeen Muritala was not of Ikeja origin and not entitled to the throne. Please, I want anyone that understands the history of Ikeja to state that Iyade royal family is not the owner of the Ikeja kingdom. I will show him how we owned the kingdom.

“I challenge anyone to come out and state it. And I will educate him on the family history. Of the entire kingdom, we have at least 75 percent of it. So how come anyone will say that we are foreigners? We have the maximum rights to the throne using any of the two royal families, Iyade and Oshoja.

“We have the right to claim that we are Oshojas if we decided to do so, likewise Iyade, to which we currently belong. And this is applicable to the monarch-elect, Tajudeen Muritala, he can choose from any of the two”, he added.

Folami stressed that all that had been peddled against Tajudeen after his installation as the new Ikeja monarch-elect were all false and concocted to dent his image before the Lagos State Government, particularly the governor, Babajide Sanwo-Olu, who would hand over the staff of office to him.

The family representative noted that what those against Tajedeen had refused to state publicly was how the family tree stands and who were eligible to sit on the throne after it became vacant following the demise of the immediate past monarch, Rafiu Amore, from the Amore royal family.

He stated that the founder of the kingdom was Jalo and that the story of the Ikeja could well be narrated by anyone that was true of the royal blood of the community.

“Maaku did not have any child as against both Aina Oshe and Okisanyin that gave birth to four children each while Bello-Illo, the fourth child, had one child.

Folami, meanwhile, disclosed that there was an earlier agreement between the families that if the Oshoja’s could not produce their rightful candidate to succeed the late king Amore after eight years, due to the infighting among them, the Iyades should produce the next monarch.

It was learnt that the infighting was among three brothers, late Shamsondeen, Nurudeen, and Wasiu Adeleye, who could not reach an agreement among themselves on who should occupy the throne on behalf of the family.

He noted that copies of the agreement were sent to the Lagos State and Ikeja Local Governments and that after the completion of the term, the Iyade family went ahead with the earlier agreement and they reached the conclusion that the real estate expert should occupy his ancestral throne.

According to him, when we realised that the infighting had lingered beyond expectation, we intervened and during our intervention, an agreement was reached between the families. And it was the agreement that produced the new king-elect”.

The family representative stressed that none of them was paid to install Tajudeen but that the interest of the community was behind their agitation to install another monarch that would lead the kingdom going forward.

Also, the Oluwo of Ikejaland, Mureni Illo, appealed to the state government to allow the will of Ikeja indigenes that have installed Muritala to prevail, by giving approval to the installation of monarch-elect as their new king.

Illo, meanwhile, alleged that politicians in the area were those blocking the progress of Ikejaland and that they were sabotaging efforts at installing the king-elect.

Specifically, the Oluwo of Ikejaland raised the alarm that his life was already in danger, due to his stance on who becomes the monarch of the kingdom, stressing that all that he had done was not for personal interest but for the development of Ikeja, the capital of Lagos.