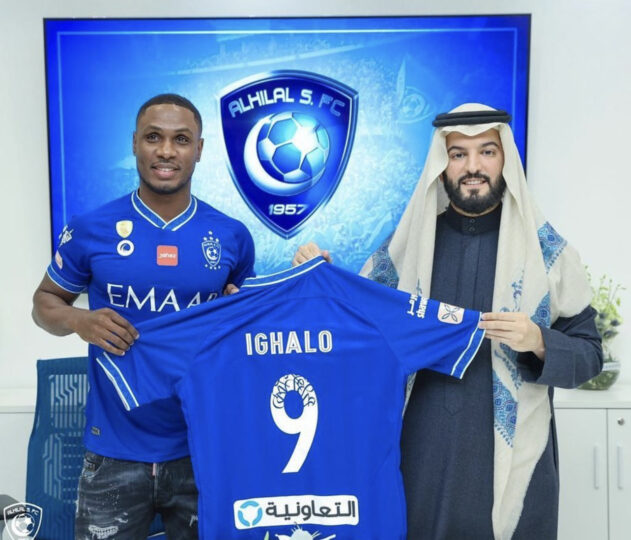 Ighalo had on Saturday confirmed his move to Al Hilal from Al Shabab.

The former Manchester United star, writing on his verified Instagram account, said: “Thank You @AlShababSaudiFC it was a Pleasure.”

He went further to share pictures from the unveiling at the cub.

“Those that leave everything in God’s hand will eventually see God’s hand in everything…New Chapter✍🏽💙🙏🏾,”he wrote on Instagram.

“Welcome the ‘Eagle’, Odion Ighalo,” the tweet from Al Hilal read, accompanied by a graphic image of the Nigerian in his club’s colour.

On her part, Oshoala wrote: “This man …..Anywhere you go, we go follow u enter.”

The Saudi Arabian side had blocked the striker from representing Nigeria at the ongoing 2021 Africa Cup of Nations.

Super Eagles interim coach, Austin Eguavoen, then claimed the Confederation of African Football (CAF) blocked him from calling up a replacement for the player.