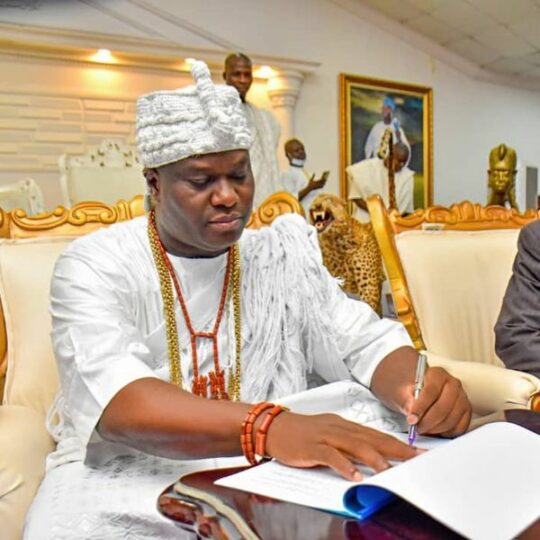 Town criers have announced to the residents of Ile-Ife and surrounding towns in Osun state, the new restrictions of movement from Saturday, January 29 till further notice.

Ooni of Ife, Adeyeye Enitan Ogunwusi declared the lockdown on Saturday, in a bid to stop the increase in armed robbery incidents in the ancient town.

“No vigil, no night party, no night prayer in all mosques and churches in Ile-Ife. Movement is restricted from 11 pm to 5 am every day. Residents are advised to take heed till told otherwise”

A representative of Ife Chiefs, Lowa Adimula, Abraham Adekola, told newsmen the restriction order was given at the conclusion of a meeting of the Ife Kingmakers on Saturday.

He said the Ooni had already given his blessings and the order for restrictions would be in place until further notice.

“The restriction was put in place because the activities of robbers in Ile-Ife is alarming and this is giving many residents sleepless nights.”

According to him, anyone caught flouting the directive would be treated as a robbery suspect as the personnel of the Nigeria Police and local security operatives were now in the communities to ensure the order is strictly adhered to.