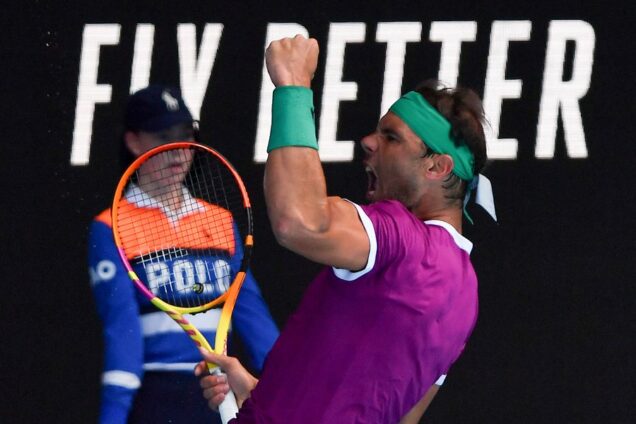 Rafa Nadal is the ultimate comeback kid, as he rallied from two sets down to win his second Australian Open Title and a record 21st Grand Slam title.

Russian and World Number Two Daniil Medvedev had the upper-hand in the first two sets as he played unbelievable tennis to rattle the former world number one.

The victory came with a drama in the final set as Medvedev broke Nadal to equal the set 5-5.

But Nadal broke back to once again serve for the championship at 6-5.

This time, he didn’t blink as he won all the points and saw off Medvedev, to love.

Expectations that Medvedev would deny Nadal the chance to make history as the first male winner of 21st Grand slam titles, fizzled out.

Medvedev allowed the Spaniard more room into the march, that will be the second longest Australian Open final, lasting five hours 24 minutes.

The longest final in the Down Under Grand Slam was between Nadal and Djokovic ten years ago.