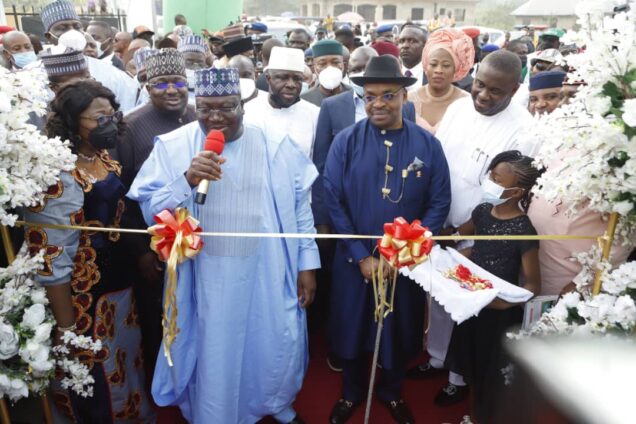 Senate President Ahmed Lawan has appealed to Governor Udom Emmanuel of Akwa Ibom to join the All Progressives Congress (APC) in no distant time.

According to him, there is no shame in asking since the governor “because he is a champion”, and it is a gesture that would bring development, unity, and progress in the country.

The Senate President, who stated this on Saturday in Uyo, Akwa Ibom State capital during Senator Bassey Akpan’s thanksgiving service and inauguration of sports facility, said the governor concerned would be a quality addition to the party.

Lawan said although Emmanuel belongs to the Peoples Democratic Party, PDP, the APC would not be ashamed to ask him to join it because he is a champion.

“Even though we are not on the same political platform, we are waiting for you to come and work with us. We want a champion like you, there is no shame in asking. We have seen something that is so good; so brilliant and we say that is an addition,” Lawan said.

“I will come here again because there are so many good things that will happen that will require our presence as well.”