Britain back pedals on mandatory COVID-19 jabs for NHS staff 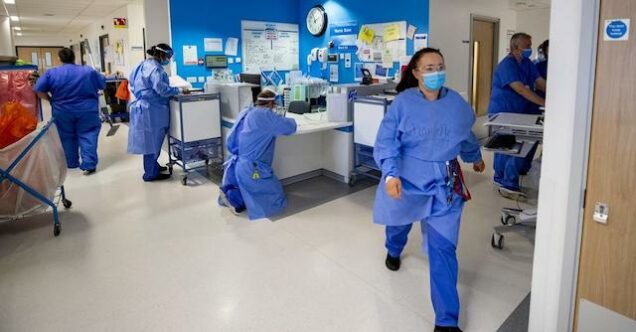 British Health Secretary Sajid Javid is expected to make a U-Turn on the mandatory vaccinations for NHS and social care works.

The volte face comes amid warnings of crippling staff shortages if the plan went ahead.

Mr Javid is expected today to meet ministers on the Covid-Operations Cabinet committee to finalise the U-Turn, reported the Telegraph.

The mandatory jab requirement was meant to come into force on April 1, meaning this Thursday would have been the last day staff could book in for a jab.

On Friday those without jabs would have faced dismissal warnings and been asked to work out their notice periods until March 31.

But now, ministers are set to scrap the plan amid fears it could force the NHS to sack around 80,000 staff who remain unvaccinated.

“We do recognise those realities and that does open a space where we can look at this again,” Clarke told Sky.

Mr Clarke said the policy of mandatory jabs is something that ministers have “always kept under review”.

In London, one in ten staff are unvaccinated.

Under the new rules, care home staff, who were required to be double jabbed or lose their jobs in November, are expected to return to work in the sector.

After the mandatory vaccination laws came into effect last year, around 40,000 people lost their jobs.