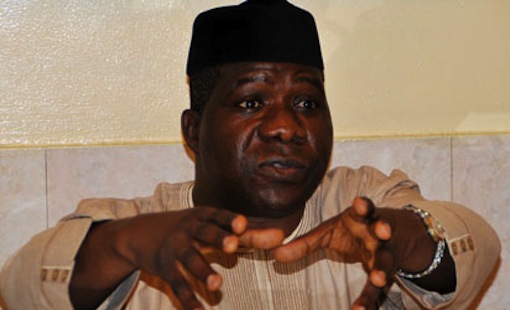 He vowed to fight those he described as principalities and powers behind the exercise which didn’t meet the minimum standard of conducting election primaries.

Bamidele, in a statement he issued in Abuja, said the APC primary in Ekiti was an ugly one which has not happened in recent times, insisting that he would take all necessary legal actions to test the viability of the results declared by the party in the January 27 primary.

According to the lawmaker, the alleged abrasion of democracy and brazen abridgement of the Electoral act in the election would be subjected to legal scrutiny via the party’s constitution and the 1999 constitution of the Federal Republic of Nigeria.

According to him, no election was held on January 27, saying figures reeled out by the committee were fabricated to suit a certain sinister purpose.

Part of the statement said: “However, rather unfortunately, the process of conducting these primaries was hijacked, truncated, compromised and bastardised by those at the helm of affairs in Ekiti State, which is tantamount to a complete abuse of trust and leadership.

“Judging from a critical assessment of our campaign strategy by positively reaching out to our people in all nooks and crannies of Ekiti State to push our progressive message, I had no doubt in my mind that we were coasting to victory had the process been transparent and fair.

“It is public knowledge that no primary election took place on Thursday, 27th January, 2022 but yet, rather disappointedly, results were announced based on concocted and fictitious vote counts.”

He thanked his teeming supporters in the state and his campaign team, stating that the process of conducting the last election was hijacked, truncated, compromised and bastardised by those at the helm of affairs in the state.