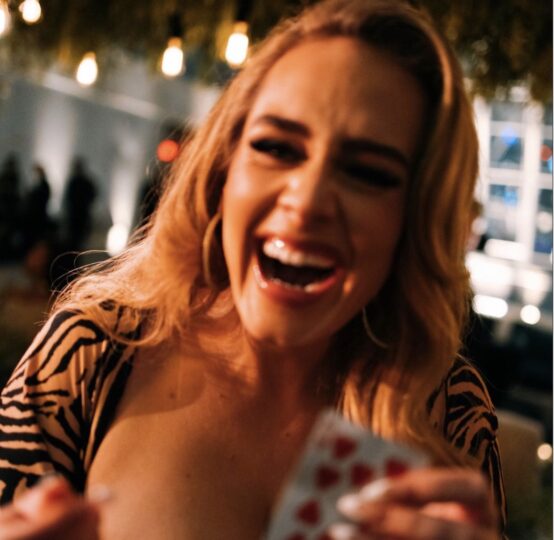 Adele has mocked tale bearers that she was having problems with her boyfriend American sports agent Rich Paul.

The rumours emerged after she cancelled her Las Vegas Caesars Palace residency at the 11th hour.

The media trying to find hidden reasons suggested that her romance with Rich Paul was strained.

The beaming 33 year-old singer, holding an ace, on Tuesday night replied them in an Instagram post in which she also confirmed she will perform at the BRITs awards next week.

Adele wrote: ‘Hiya, so I’m really happy to say that I am performing at the Brits next week!!

‘Anddddd I’ll also be popping in to see Graham for a chat on the couch while I’m in town too! I’m looking forward to it! Oh, and Rich sends his love.’