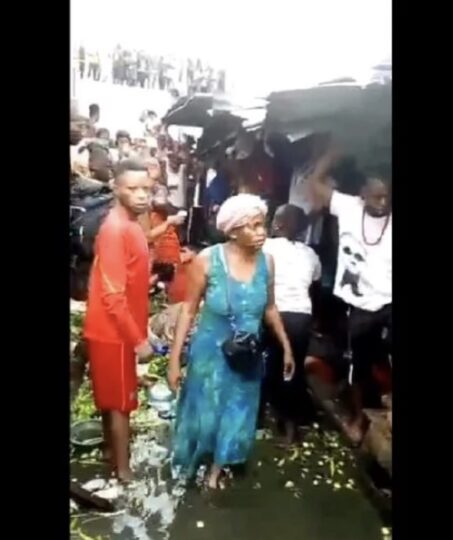 A high-voltage power cable snapped on Wednesday in Kinshasa, killing no fewer than 25 people.

According to the police, the cable fell on houses and a market in the outskirts of the Congolese capital.

“A high-voltage electric cable fell on several houses in the Matadi-Kibala district and in the market, several people died on the spot,” Kinshasa’s police chief Sylvano Kasongo said.

Videos from the market shared online showed people wailing around several bodies lying in puddles of water where they had fallen, with fresh produce scattered around them.