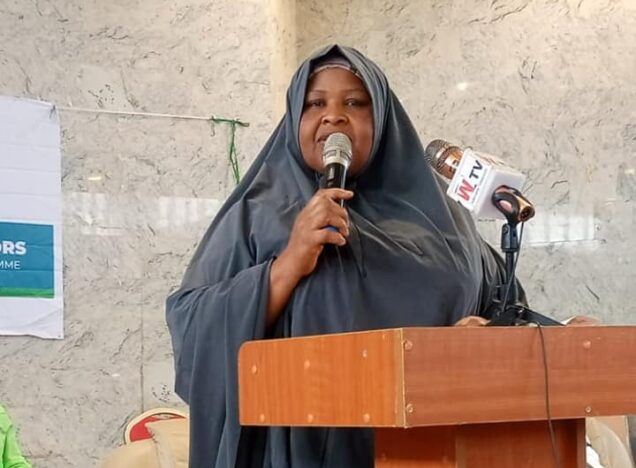 Dijatu in a resignation letter dated 1 February 2022 and addressed to the governor explained that the resignation was with immediate effect.

She did not state the reason for her decision but simply told the governor in the letter that she had terminated her service.

Dijatu’s letter of resignation bore the stamp of the Government House acknowledging its receipt.

“I write to inform you of my decision to terminate my service as Special Adviser to his Excellency Governor of Gombe State on Social Investment Programme with effect from 1st February 2022.

“Your excellency sir, I sincerely thank you for giving me this golden opportunity to serve under your able leadership. It is indeed a rare privilege for me to serve in that capacity,” she wrote.

Her resignation comes barely two days after an ex-commissioner in the government for health Dr Ahmed Gana quit the ruling All Progressives Congress (APC) and joined the opposition People’s Democratic Party (PDP).