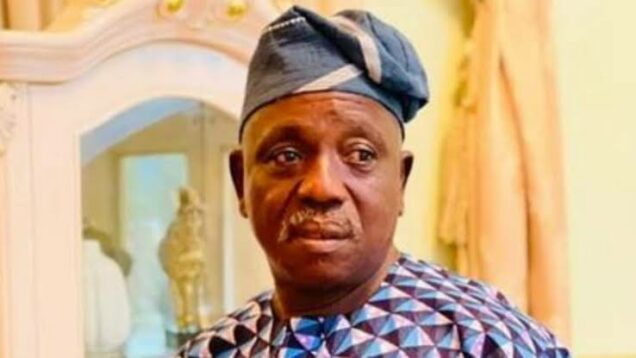 Osun government has commiserated with the family of John Adewumi, popularly known as Tafa Oloyede, and the Nollywood industry over the death of the veteran actor.

The News Agency of Nigeria (NAN) reports that Oloyede, who had featured in several movies, including Akanji Oniposi, Jaiyesimi, Ayanmo, Orogun and Ekuro Oloja, among others, died on Tuesday in Osogbo.

Commissioner for Information and Civic Orientation, Funke Egbemode, in a statement issued on Wednesday in Osogbo, condoled with the state branch of Theatre Arts and Motion Picture Producers Association of Nigeria (TAMPAN) over the demise of the Ede-born actor.

“Tafa Oloyede was one of our respected talents, an actor who gave a good account of himself in the Yoruba genre of Nollywood.

“He was devoted to his craft from his days in the many productions of the late Baba Oyin Adejobi.

“Osun has lost yet another theatre icon, but we are comforted that Tafa Oloyede did the state proud while he was here.

“We pray for his family at this trying period. May the Almighty grant them the needed comfort and safety strength to carry on”, she said.

Egbemode said that Oloyede, whose talent came into the limelight in the entertainment industry, cut his thespian teeth in 1974, under the tutelage of the late theatre icon, Oyin Adejobi.

She recalled that Oloyede was given an award by the state government in 2008 in recognition of his contributions to the enlightenment and education of Nigerians through the creative industry and in appreciation of his distinguished citizenship of Osun.

According to the commissioner, the state will miss the rich experience of the late thespian and the impact he had made on the younger generation of actors and other stakeholders in the creative industry. (NAN) (www.nannews.ng)