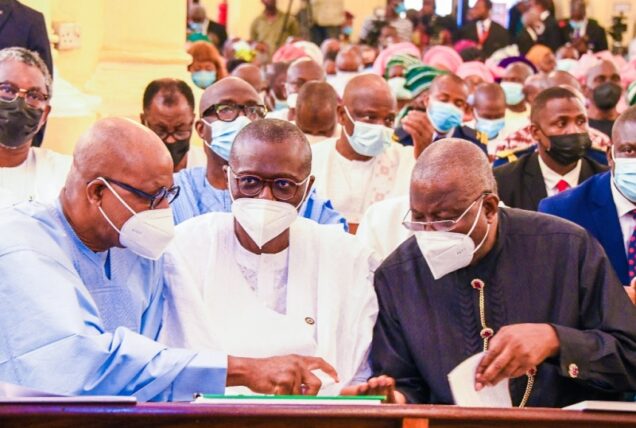 Shonekan was buried at the Ikoyi Vault.

Before then, a funeral service was held for him at at the Cathedral Church of Christ, Marina, Lagos.