Reekado Banks links up with Fireboy for ‘Ozumba Mbadiwe’ remix 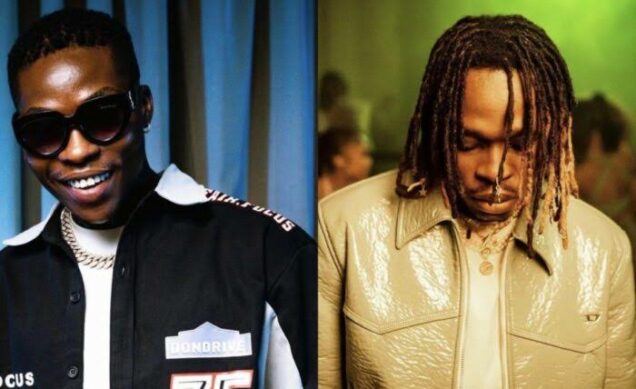 The original hit track is from his latest EP titled ‘Off The Record Vol. 2′

The 28-year-old songwriter announced the release of the less than four-minute song which features Fireboy on Friday.

In the remix, Fireboy adds colour to the original lyrics of the song, sharing tips from his past struggles and eventually rise to prominence in 2019.

Since its release in November last year, ‘Ozumba Mbadiwe’ has become a street anthem and one of the favourite tracks played at several events.

The ‘Katapot’ crooner signed with Mavin Records, a label owned by Don Jazzy, the music producer, in 2014 but left four years later.

Reekado Banks, has continued to enjoy fame while working with other prominent individuals including Korede Bello, Di’Ja, Dr SID, and D’Prince.