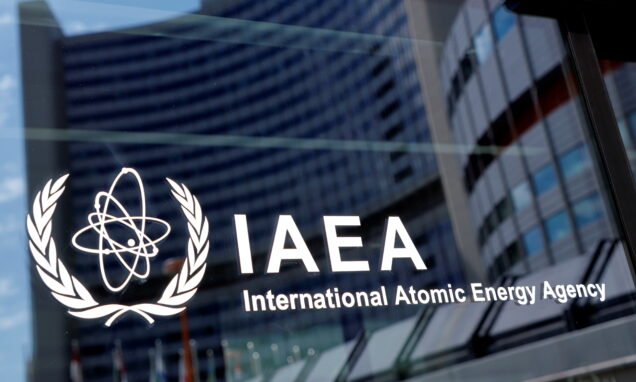 FILE PHOTO: The logo of the International Atomic Energy Agency (IAEA) is seen at their headquarters during a board of governors meeting, amid the coronavirus disease (COVID-19) outbreak in Vienna, Austria, June 7, 2021. REUTERS/Leonhard Foeger

The initiative, dubbed “Rays of Hope”, was officially launched at an event held on the sidelines of the 35th African Union (AU) Summit, slated for Feb. 5 and Feb. 6 at the AU Headquarters in the Ethiopian capital Addis Ababa.

Launching the initiative, Director-General of the IAEA, Rafael Mariano Grossi, said the “Rays of Hope” will work to tackle the burden of cancer in Africa by expanding radiotherapy, especially in member states, where radiation treatment is absent.

“I would like to thank the International Atomic Energy Agency for its commitment to our fight against cancer across the continent through strengthening member states’ capacities in radiotherapy to ensure proper care,’’ Tshisekedi, chairperson of the 55-member pan-African bloc said.

Speaking on the occasion, Senegalese President Sall said that cancer causes 700,000 deaths every year in Africa, a continent where over 40 percent of countries do not have radiotherapy facilities.