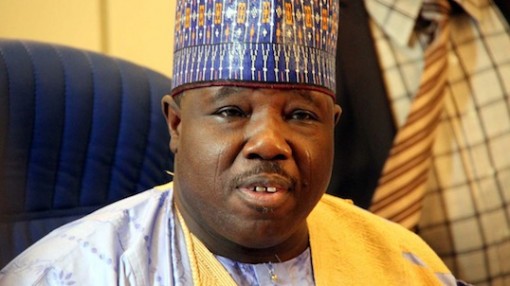 Lar, who is the Campaign Director of Ali-Modu Sheriff Campaign Organisation, debunked the allegations in an interview with the News Agency of Nigeria (NAN), on Sunday in Abuja.

He said that Sheriff, a frontline All Progressives Congress (APC) national chairmanship aspirant, a two-term former governor of Borno and a former senator, had no links with Boko Haram.

Lar also said that the insinuations that Sheriff’s tenure as APC’s next national chairman if elected, would be characterized by litigations because he had cases with the Economic and Financial Crimes Commission (EFCC) could not be true.

He said: “Sheriff’s name is not on the list of sponsors of Boko Haram released by the United Arab Emirates (UAE), security agencies have been investigating him since he left office in 2011 and had not found him guilty of the allegations.

“If he was involved, he would have been arrested or his involvement made public. In any case, I challenge anyone with information proving his involvement to come forth with such.

“Having a case with the EFCC means standing trial or being prosecuted, Sheriff is not standing trial. In any case, those alleging should go to EFCC.”

He, therefore, dismissed the allegations, saying it was a function of misinformation and a figment of the imagination of those spreading it.

He stressed that Sheriff had never gone to court or taken the Peoples Democratic Party (PDP) to court when he was its national chairman as was being insinuated.

Lar explained that Sheriff was not the complainant, but the defendant as PDP national chairman, assuring that under his watch as APC’s next national chairman if given the opportunity, there would be no litigations.

“I bet you, there will be no litigations at all. If there will be, the number will definitely reduce because alternative dispute resolution mechanisms will be put in place,” he stressed.

He, however, said that there was a need for the APC leadership to negotiate the possibility of having a consensus national chairmanship candidate, ahead of its National Convention to ensure a rancour-free national convention.

Lar, while speaking on his expectations for the party’s forthcoming national convention slated for Feb. 26, said the party would need to do lots of negotiations ahead of the convention.

“We will have to do a lot of horse-trading to land safely, the whole thing is likely going to be an anti-climax.

“The factions that followed the party’s 2021 State Congresses can only threaten the election if there is voting.

“But if it is a consensus or by presidential approval, it is going to be an anti-climax and then we will land safely. The moment there is a consensus, everybody will sheath their swords,” Lar said.

He expressed gratitude to the party’s leadership for recognizing the APC Former House of Representatives Members Forum as special delegates to the party`s forthcoming National Convention, including those in the second republic, who were its members.

Lar said this had further boosted the relevance of members of the forum in the APC.

He added that the forum could, however, go further by insisting that the same automatic delegate status be bestowed on members of the various State Houses of Assembly and leaders of various Local Government Legislative Assembly.

This, he said, was because they were leaders whose emergence entailed contesting and emerging as leaders of legislative houses, adding that members of the forum should take a greater interest in participating in politics.

Speaking on the forum’s recent meeting and round table with the theme:”2023 the way forward”, Lar said the way forward in 2023 would begin with Sen. Ali-Modu Sheriff as APC’s national chairman.

This, he said, was because the party would need someone, who would think like governors, understands their sentiments, and appreciates the four cardinal power pillars of the APC.

He explained that the four cardinal pillars of the APC were the presidency which must give approval on all issues, the National Assembly, the party`s officials, and its governors.

According to Lar, Sheriff understands how the governors think and the vulnerability of the national assembly, haven been a two-term former governor of Borno and a member of the senate.

“Haven been a former party national chairman, Sheriff understands how to deal with the party`s leadership and provide meaningful direction, and he has the capacity to relate with the presidency.

“In 2023 like I will continue to insist, the peculiar challenge for the APC will be that President Muhammadu Buhari will not be on the ballot.

“And if he is not on the ballot, we need a strong man who understands that the essence of politics and associating as a political party is to win power legitimately.

“And to win power legitimately, you have to appreciate how to contest election and win.

“Sheriff knows what it takes, with persons and resources in getting results and that is the person we will need in 2023,” Lar stressed.