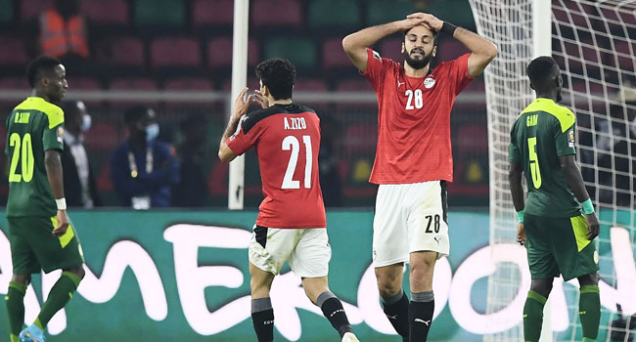 Senegal beat Egypt 4-2 on penalty to win the African Cup of Nations (AFCON) in Cameroon for the first time in their history.

The match ended goalless after 120 minutes, which necessitated penalty shootout to determine which country would emerge Africa’s champions.

Senegal scored four of their five kicks while Egypt missed two of their four penalty kicks.

Sadio Mane. who earlier in the match missed a penalty, scored the winning kick for Senegal as the West African country roared to life.

Earlier, on seven minutes, Sadio Mane missed a penalty that would have put Senegal ahead.

Mane fired the ball towards the middle of the net, but the goalkeeper pulled off a reflex save to deny him.

Mohamed Salah on 43 minutes got all the way through to the keeper and hit a shot to the top right corner, but Edouard Mendy did a good job to anticipate the direction of the ball and kept it out.

On 92 minutes, Bamba Dieng went on a mazy run through the defence and got within shooting range inside the box, but his effort to the bottom right corner is thwarted by Gabaski.

Eight minutes, Dieng rose above the opponent’s defence and headed a precise cross towards the right post. His effort, however, was blocked by Gabaski, who pulled off a stunning save.