Gabaski, Mendy and other winners at TotalEnergies AFCON 2021 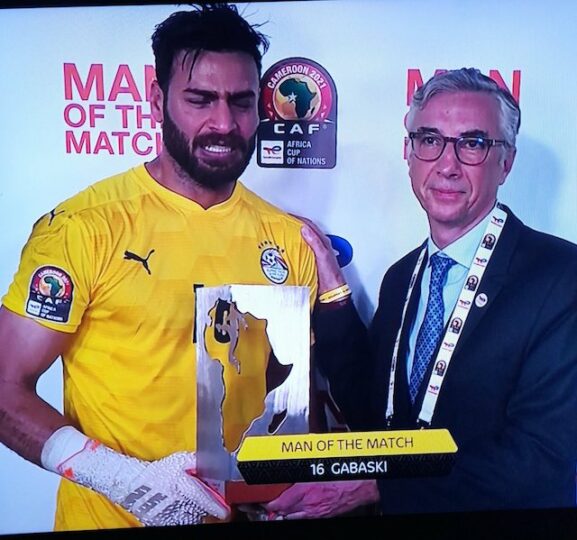 Senegal’s national team, the Teranga Lions were not the only winners on the final day at the TotalEnergies AFCON 2021 in Cameroon on Sunday.

There were others who bagged individual honours.

With eight goals scored in the tournament, bronze winner and Cameroonian striker Vincent Aboubakar was the top scorer and the winner of the Golden boot.

The Senegalese Magician, Sadio Mané is crowned TotalEnergies Man of the Competition after his over-the-top performance with the Lions of Teranga.

Egyptian Pharaohs did not go home with just the silver medal.

He kept the post in four games and recorded three clean sheets. He had 15 saves, out of which five were penalties.

But for him, Egypt would have been unable to stretch the final match beyond 90 minutes.

The Teranga Lions dominated possession and had six shots on target, to Egypt’s 3.

The Senegalese stumbling block was Gabaski. He surely deserves the honour.